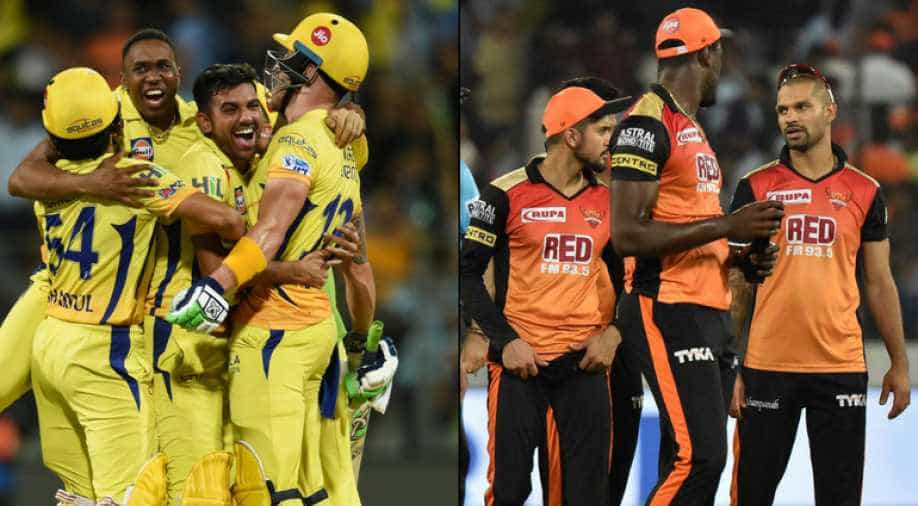 MS Dhoni won the toss and opted to field against Hyderabad in the final of the eleventh edition of the Indian Premier League (IPL) 2018, at the Wankhede stadium.

The two teams are facing each other for the fourth time in this year's edition. This is Chennai's seventh final in the 11 years of IPL nut they have managed to win only two times.

Speaking after the toss, Dhoni said, "We will bowl first. Looking at our bowling and batting, our batting will have to look to take extra pressure. The journey has been good. It is not something that you can always predict."

"There were challenges thrown at us. We had a core group of players with us but other than that it was a fresh squad. We have one change. Karn Sharma comes in for Harbhajan Singh," he added.

Kane Williamson-led Hyderabad will also be hoping to repeat their 2016 heroics.

Talking about their strategy for today, Kane said,"We would have bowled first as well. It is a fresh wicket. Finals cricket and we will look to do the job. Get a competitive total and then assess the conditions. We are looking forward to the occasion."

"Fairly new franchise squad and all the boys are raring to go. We have two changes. Sandeep Sharma comes in for Khaleel Ahmed. Unfortunately, Saha is injured and Goswami comes in," he added.