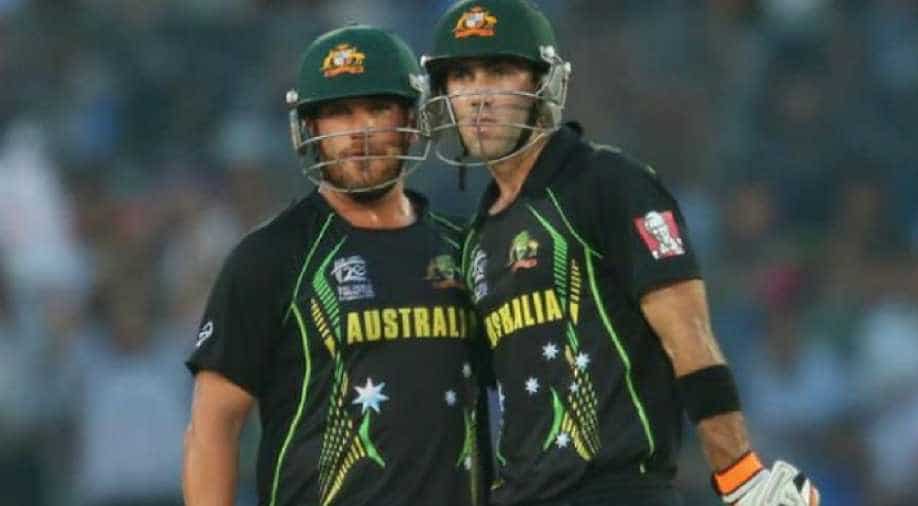 A file photo of Aaron Finch and Glenn Maxwell. Photograph:(Others)
Follow Us

Australian cricketer Aaron Finch missed its first match of Indian Premier League in 2018 as Finch's wedding clashed with the opening ceremony of the mega cricketing event.

Not only Aaron Finch, another Australian cricketer Glenn Maxwell too missed his first IPL match because he played the role of an MC (Master of Ceremonies) at his mate wedding.

In a media interaction, Finch had said that he was not aware of the IPL’s new schedule as he was told earlier that the event will start on April 15 and according to that he had planned his wedding on April 7.

The two best friends were supposed to play against each other on their opener match on April 8 as Finch was purchased by the Punjab team for an amount of 6.2 cr on the other hand, Glenn Maxwell was bought by Delhi franchise for another expensive deal costing INR 9 Cr.

On April 8, Punjab faced Delhi Punjab Cricket Association IS Bindra Stadium, Mohali in the absence of their star players and the game was won by Punjab by six wickets.

Although, Delhi team has already been eliminated in the ongoing edition of IPL and Punjab are an inch closer to book its berth in the play-offs.

'They are abused', Wasim Akram on why he didn't become Pakistan's men's team coach