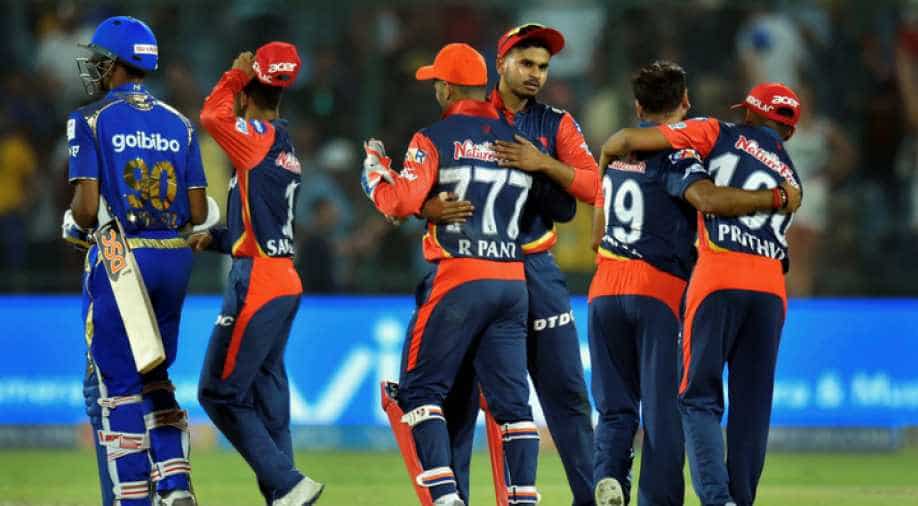 Defending Champions Mumbai lost the last chance to book a play-off berth in the ongoing edition of Indian Premier League as they have been kicked out of the tournament by Delhi team at the Feroz Shah Kotla stadium on Sunday.

Earlier, the host Delhi had won the toss and opted to bat in order to take the advantage of a dry pitch and put up a 175-run target for Mumbai.

While chasing, team Mumbai lost all the wickets in 19.3 overs and failed to reach the target eventually losing the match by 11 runs.

The opener Evin Lewis scored 48 runs to give a required start to the team but another opener Suryakumar Yadav did not contribute much as he scored just 12 runs before losing his wicket to star spinner Sandeep Lamichhane.

Ishan Kishan and Keiron Pollard too were ineffective in today's game as they scored just five and seven runs respectively.

Hardik Pandya and Ben Cutting tried to push the run rate but that was not enough to take the team through to the play-offs.

For Delhi, spinners were very economical as Sandeep Lamichhane and Amit Mishra took three wickets each to restrict the defending champions. Also, pacer Harshal Patel made a very crucial contribution in his 2.3-over spell by taking three wickets by giving 28 runs.

For a magnificent spell, Amit Mishra was awarded 'Player of the Match.'

Earlier, after losing first three wickets, Delhi's Rishab Pant rose to the occasion to help its team set a decent score of 174 runs on board.

It is Pant's fifth half-century in this year's tournament.

Supporting him at the other end was Vijay Shankar, who smashed 43 runs in 30 balls. His unbeaten inning included three fours and two sixes.

Skipper Shreyas Iyer and opener Prithvi Shaw once again failed to contribute any big score and departed after making six and 12 runs, respectively.