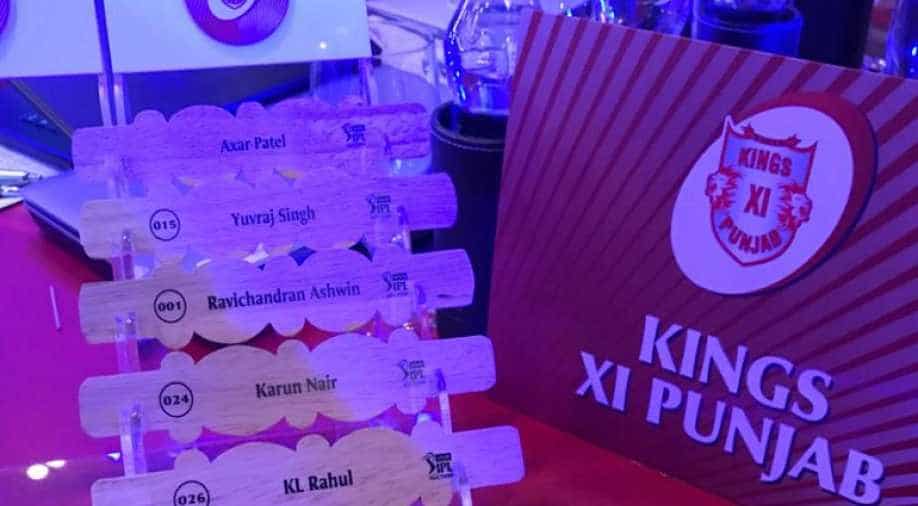 Preity Zinta led KXIP is in no mood to miss players, who can change the franchises' IPL history.

Mentored by cricket legend Virender Sehwag, the team on Saturday snapped up some important players, who have played key roles for other teams during previous seasons.

They were engaged in bidding war with Rajasthan Royals, who were willing to pay Rs 5.2 crore for him.

We have our first buy of the #IPLAuction! And this time no RTM card is played. @ashwinravi99 is a KXIP player! Welcome to the lion's den! :D #LivePunjabiPlayPunjabi

CSK who were expected to pick up Ashwin didn’t bid at all.

Ashwin was with CSK from the inaugural edition till 2015, when the team was suspended on charges of spot fixing.

Later, Punjab snapped up two of India's premier batters KL Rahul and Karun Nair. Both the players are in good form and performed well in the previous season.

Karun Nair, who was bought for Rs 5.60 crore, played for DD last season, whereas Rahul was part of the star-studded RCB contingent.

We have our 3rd player! After an intense bidding war, we have won the bid for @karun126! Welcome to the lions den! #IPLAuction

Another successful bid and @klrahul11 is now a KXIP player! Welcome to the den, sher! #IPLAuction

KXIP and SRH entered into an intense price war over Rahul, but Punjab managed to get hold of him for a whopping Rs 11 crore. RCB had the option of using RTM, but they him go.

Aaron Finch and David Miller are the other players purchased by Punjab for the XIth season.

Finch was bought for 6.2 crore, while Miller was initially bought by Mumbai Indians for Rs 3 crore, but KXIP trumped them by using the RTM card.

A summary of our day so far. What do you make of our buys sheron? #IPLAuction #LivePunjabiPlayPunjabi pic.twitter.com/9Uy12rpxJx

Run-Machine Yuvraj Singh too was bought for Rs 2 crore.

A legend is making is way home! @YUVSTRONG12 is a lion once again as we get him for his base price of 2 crores! Welcome back home paaji! #LivePunjabiPlayPunjabi #IPLAuction