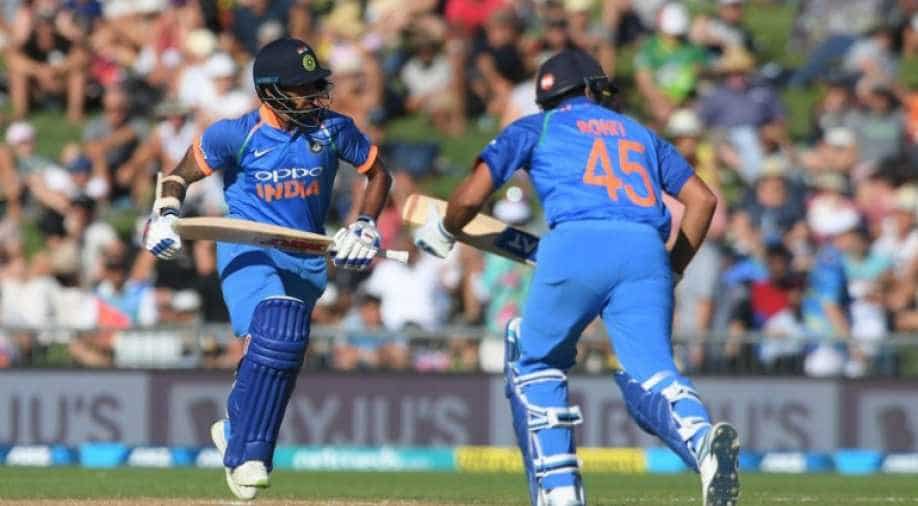 Openers Rohit Sharma and Shikhar Dhawan inspired the 90-run win for India in the second One-Day International (ODI) against New Zealand at Mount Maunganui on Saturday.

For his crucial contribution, Rohit Sharma was given Player of the Match award.

After receiving the award Rohit talked about his performance, he said, "Good feeling but more importantly, we won the match. We didn't know how the pitch will behave."

New Zealand kept losing wickets on regular intervals during their run chase as they were all out for 234 with more than nine overs remaining.

All of the top-six New Zealand batsmen got starts in pursuit of a target of 325 that was achievable on a good pitch that offered true bounce and pace.

The hosts, however, were unable to really build any fruitful partnerships as India took wickets at times just when New Zealand appeared to be getting a slight edge in their pursuit.

New Zealand's inconsistent batting - they were unable to last their full complement of overs for the second successive match - was not the only concern for coach Gary Stead as India's batsmen also highlighted the lack of penetration of their bowling attack.

Another dominant, thorough performance from the visitors, and India secure a 90-run win after bowling out New Zealand for 234.

For India, the entire top batting order clicked against the hosts to help India put a challenging total against the Kiwis.

Virat Kohli (43) and Ambati Rayudu (47) were then involved in a 64-run partnership for the third wicket.

Rayudu was then joined by Mahendra Singh Dhoni (48 not out) as the two steadily lifted India near the 300-run mark.

Dhoni and Kedar Jadhav's (22 not out off 10 balls) fireworks then accelerated the run-rate, taking India to a good total.

India lead the five-match series 2-0 with the third match to be played in Mount Maunganui on Monday.