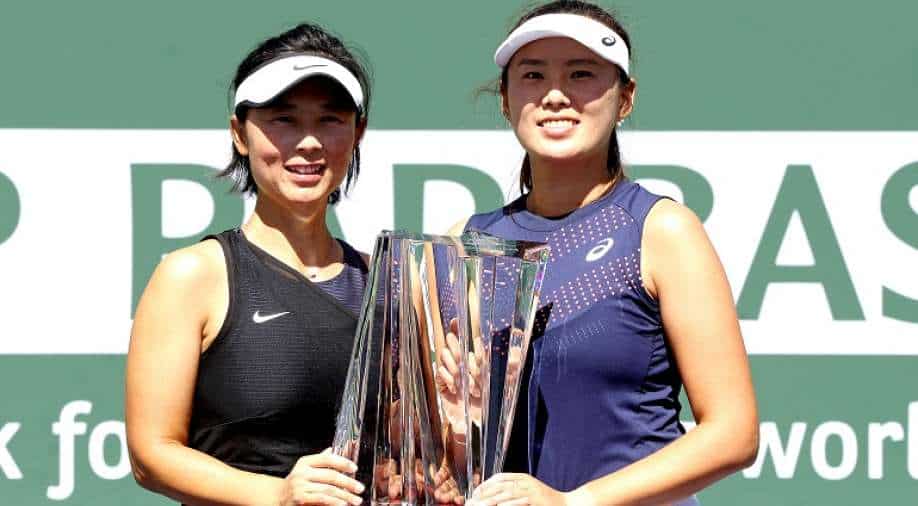 Xu Yifan and Yang Zhaoxuan claimed their maiden doubles team title on Saturday at the Indian Wells, topping the American-Japanese duo of Asia Muhammad and Ena Shibahara, 7-5, 7-6(4) in the women’s doubles final.

The unseeded duo of Xu Yifan and Yang Zhaoxuan won their first WTA Tour title as a team here at the Indian Wells Open on Saturday, edging past seventh seed Asia Muhammad of the United States and Ena Shibahara of Japan 7-5, 7-6(4) to clinch the Women's doubles title.

The Chinese pair, battled through two very close sets to seal the victory at the WTA 1000 event in a match that lasted for an hour and 43 minutes.

In the first set Muhammad and Shibahara, jumped to take a 5-2 lead, but the unseeded duo Xu and Yang made a brilliant come back to win the set 7-5.

The second set was tight as Xu Yifan and Yang could not convert two break points which would have given them a 5-4 lead and a chance to serve for the match.

In the next game, Xu volleys erased two set points as the set moved to 5-5 again.

In the tie-break, the Chinese team jumped to take a 6-3 lead and triple championship point.

A strong Muhammad took care of one championship point, but on the second, one final Xu's winner clinched the title.