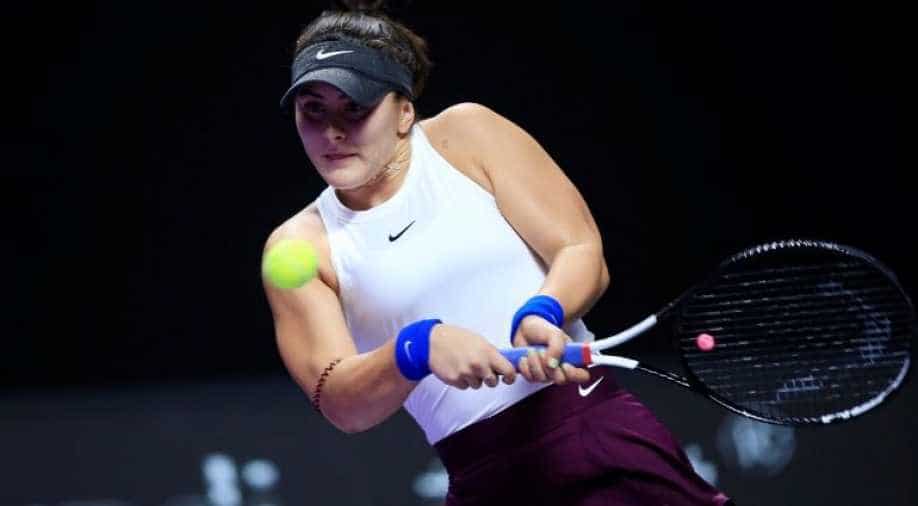 2019 champion Bianca Andreescu withstood a strong charge from American Alison Riske to win 7-6(2), 5-7, 6-2 and advance to the third round of the BNP Paribas Open at the Indian Wells Tennis Garden on Saturday.

Andreescu, 21, remains unbeaten in eight career matches at the Indian Wells Tennis Garden. Canadian now moves on to face 18th seed Anett Kontaveit, who advanced via walkover against Italy`s Martina Trevisan. Andreescu is winless in two previous encounters with the Estonian, including a 6-3, 6-3 loss earlier this year in the Round of 16 at Eastbourne.

Top seed Karolina Pliskova of the Czech Republic powered her way into the third round, smacking six aces and winning 79 per cent of her first-serve points (30 of 38) in a 7-5, 6-2 win over Poland`s Magdalena Frech.

Earlier in the day, two-time Slam champ Garbine Muguruza became a high-profile upset victim. The Spaniard fell to 47th-ranked Ajla Tomljanovic of Australia, 6-3, 1-6, 6-3, in one hour and 52 minutes. Muguruza, ranked No. 6, was coming off her second title of the year in Chicago, but couldn`t solve Tomljanovic at the Indian Wells Tennis Garden. It marked Tomljanovic`s first Top-10 win of the year.

ALSO READ: Lost and found: Andy Murray's wedding ring remains in headline as he reaches second round at Indian Wells

Making her much-anticipated tournament debut, 17-year-old Coco Gauff battled past Frenchwoman Caroline Garcia in three sets, 6-3, 6-7(2), 6-1, in two hours and 10 minutes in Stadium 1. Elsewhere, world No.46 Viktorija Golubic`s stellar 2021 season continued at Indian Wells, where the Swiss put on an all-court clinic to upset World No.9 Maria Sakkari, 5-7, 6-3, 6-2 to advance to the third round.

No.10 seed Angelique Kerber of Germany had to battle to the bitter end before edging Katerina Siniakova of the Czech Republic, 6-1, 6-7(4), 7-5, and advancing into the third round after two-and-a-half hours of gripping play.