US Open champion Emma Raducanu sent packing by world No. 100 at Indian Wells 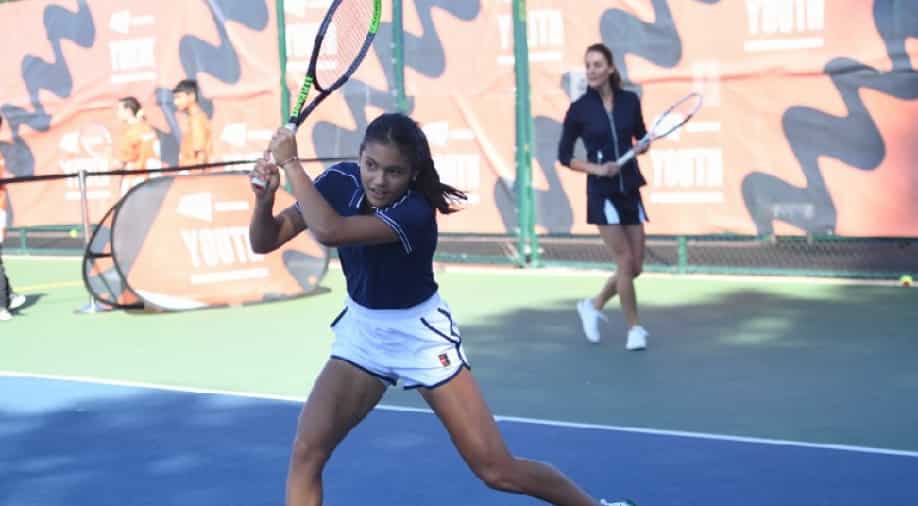 World No.100 Aliaksandra Sasnovich of Belarus defeated US Open champion Emma Raducanu to send her packing from the Indian Wells tournament.

World No.100 Aliaksandra Sasnovich of Belarus ended Emma Raducanu`s 10-match winning streak on Saturday (IST), defeating the reigning US Open champion 6-2, 6-4 in the second round of the BNP Paribas Open here. Sasnovich will face 2015 champion Simona Halep of the US for a spot in the Round of 16 on Sunday.

Coming into the second-round duel, Raducanu was riding a 10-match winning streak from her historic title run at the US Open, where she reeled off 20 consecutive sets through qualifying and the main draw to become the first British woman to win a major since Virginia Wade in 1977. In contrast, Sasnovich, who reached a career-high No.30 in 2018, had just one top-50 victory in a completed match this season.

Yet despite her sub-par 2021 season, the Belarusian has a proven track record of being a seed-slaying danger in the early rounds of big events. The 27-year-old had already notched 15 top-20 wins in her career, including victories over Petra Kvitova at 2018 Wimbledon, Elina Svitolina at 2018 Brisbane, and Karolina Pliskova at 2016 Tokyo.

"I saw a few matches of her when she played US Open and Wimbledon as well," Sasnovich told wtatennis.com. "She`s really a talented girl. She has a strong forehand, backhand. She tries to be always aggressive."

"It was a really good match for me. I play really well. I know she just won US Open. I lost there in the first round. So, a little bit different. But I tried to go on court, I tried to enjoy. I did everything right and I`m happy with the result, of course."

Raducanu started the match right where she left off in New York, reeling off the first six points with top-notch tennis. With both players looking to play offensive tennis, Sasnovich weathered the early surge and began to find consistent depth off the baseline. The Belarusian broke first to open up a 3-1 lead and broke the Raducanu serve again for a 5-2 lead, closing the opening set after 30 minutes.

No.7 seed Petra Kvitova of the Czech Republic moved into the third round of the BNP Paribas Open for the seventh time in her career with a 6-2, 6-2 victory over Arantxa Rus of the Netherlands.

In the first meeting between the two veteran left-handers, Kvitova weathered a closely-contested patch in the early second set to earn a comprehensive victory in an hour and 16 minutes.

Kvitova swept to an initial 4-0 lead and claimed the first set in half an hour, but world No.68 Rus picked up her play as the second set started.

Kvitova used her devastating forehand return to obtain a critical break for 3-2 in the second set, and the Czech charged to the win from there, picking off the last five games of the match.

Kvitova will next face No.27 seed Victoria Azarenka of Belarus, in an intriguing face-off between two-time Grand Slam champions. Kvitova leads the head-to-head 5-3.