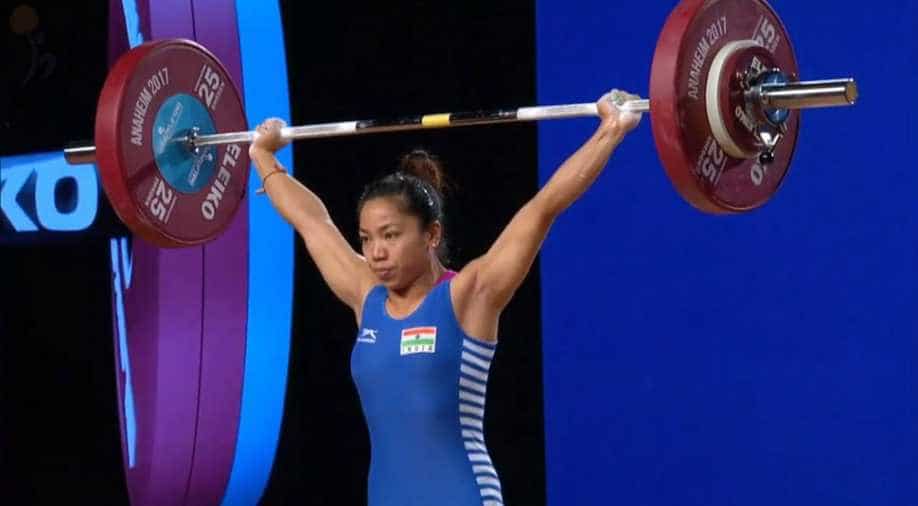 With this, Chanu clinched a bronze medal at the Asian Weightlifting Championship, which is her first tournament after over a year.

Mirabai Chanu has achieved a massive milestone after setting a new World Record in the women's 49kg Clean and Jerk with a massive 119kg lift on Saturday.

ALSO READ: IN PICS- From Kohli to Rashid: Top 7 IPL 2021 stars and their cricketing idols

The Indian weightlifter also recorded a new personal best of 205kg (86+119). Her previous personal best was 203 kgs that she achieved in the National championships in Kolkata last year.

With this, Chanu clinched a bronze medal at the Asian Weightlifting Championship, which is her first tournament after over a year.

The former World Champion was off to a rough start as she failed twice in Snatch before lifting 86kg in her final attempt, however, she bounced back in the Clean and Jerk as she lifted 113 kg, 117kg and 119kg to storm to the bronze. The final list (119 kgs) set the new world record shattering the previous one which was held by Chinese lifter Jiang Huihua at 118 kgs.

As per chief National coach Vijay Sharma, Mirabai will qualify for Olympics (Tokyo 2020) after taking part in the Asian championships as she fulfilled the requirement of taking part in six designated events in the prescribed time frame.