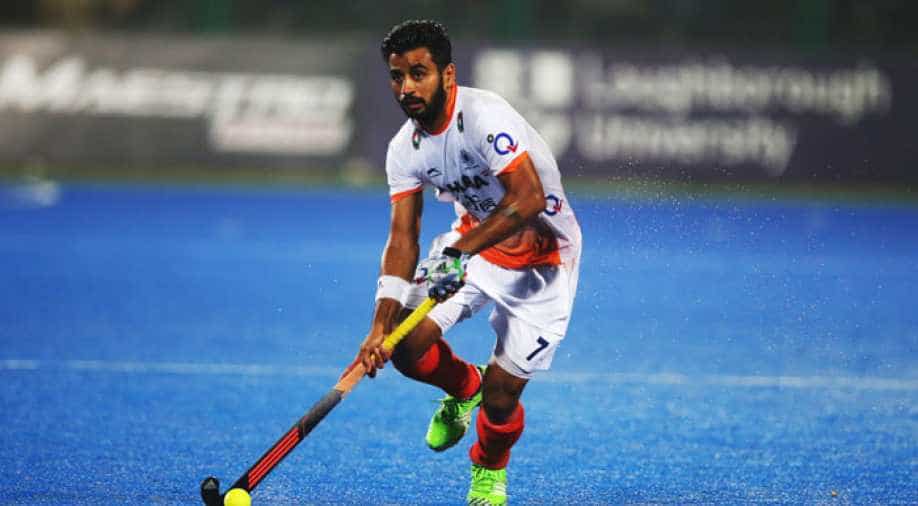 Indian men's hockey captain Manpreet Singh was recommended for this year's Arjuna Award by the national federation on Thursday.

Singh, who led the team at last month's Commonwealth Games, is among the three players recommended for the great award.

Dharamvir Singh, another experienced mid-fielder, and Indian women's team goalkeeper Savita have also been recommended for the same.

"Sanggai Ibemhal Chanu and former men's captain Bharat Chettri have been recommended for the Dhyan Chand Award for Lifetime Achievement," Hockey India said in a statement.

Speaking on the recommendations, Mohd Mushtaque Ahmad, Secretary General, Hockey India said, "They have proven their worth with significant performances that has elevated the Indian team to new heights."

"They have donned the India colours with pride and have given it their all to help the team win several accolades within the country and internationally. We at Hockey India are proud of their achievements and are happy to recommend their names for the National awards," he added.

Manpreet captained the Indian team in the absence of PR Sreejesh who was injured last year.

Manpreet was part of the Asia Cup success where India beat Malaysia to lift the title.