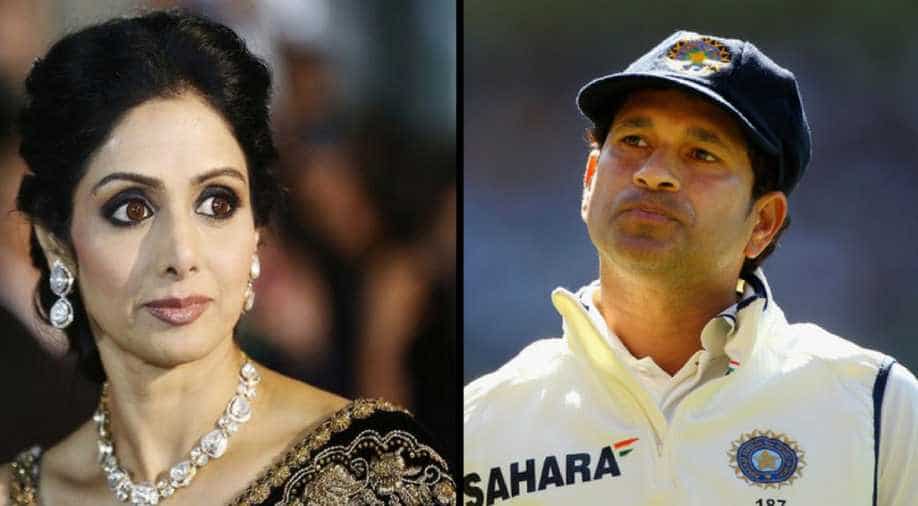 Cricket and Bollywood are two different industry but have stood together through thick and thins. Sridevi's tragic and untimely death has brought tears to her fans and followers. Even the cricket fraternity mourns the unfortunate death. Padma Shri awardee Sridevi had an illustrious career spanning over four decades, passed away at 54. The actor, the wife of producer Boney Kapoor, died late in the night reportedly due to cardiac arrest in Dubai, where she had gone along with her family to attend her nephew Mohit Marwah's wedding.

Confirming the news, a source close to the family said, "Yes it's true. She was in Dubai while some of the other family members came back to India. We hear it's cardiac arrest."

See how cricketers react to the demise of the legendary actress:

Shocked to hear about the demise of #Sridevi ji .Heartfelt Condolences to the family. Om Shanti !

Sridevi no more ? ????so difficult to fathom that she is no more, such is life I guess. Strong will to those near and dear to her. #RIPSridevi ????

This can't be true.
She is one of the best actress in his own time.
Shocked .@SrideviBKapoor #RIP #Sridevi pic.twitter.com/zne6bqnJ2p

Very shocked to hear about the passing away of iconic actress #Sridevi ji. Condolences to her family and loved ones. May her soul rest in peace.

Absolutely shocked to hear about the passing away of our Bollywood queen #Sridevi . May her soul rest in peace, my deepest condolences to the family ????

So shocked to hear the news of Sridevi ji... met her few months ago at my show ... just can’t believe it ..