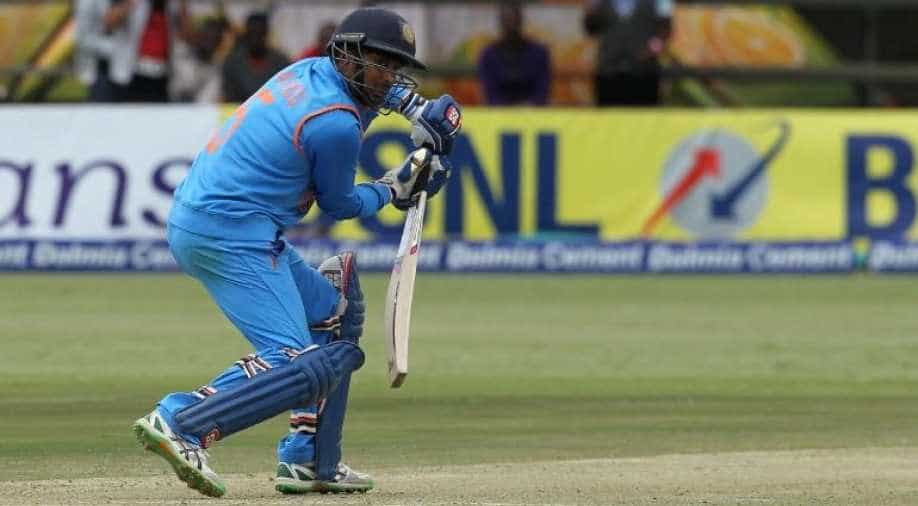 Rayudu, 33, was not picked in India's squad for the 50-over World Cup in England after being tipped as the team's top choice for a middle-order batting spot

India batsman Ambati Rayudu has made a volte-face on his decision to retire and made himself available for Hyderabad in domestic cricket, a senior official told Reuters on Friday.

Rayudu, 33, was not picked in India's squad for the 50-over World Cup in England after being tipped as the team's top choice for a middle-order batting spot.

He was not considered as a replacement even when India lost opener Shikhar Dhawan and Vijay Shankar to injuries, with Rishabh Pant and Mayank Agarwal called up instead, despite being named as one of the five stand-bys for the tournament.

A smarting Rayudu, who quit first-class cricket in 2018 to focus on his limited-overs career, announced last month he has retired from all forms of the game.

He has now informed the Hyderabad Cricket Association (HCA) of his availability.

"He has withdrawn his retirement letter that he gave and said he's available to play for HCA," Ratnakar Shetty, a member of the committee in charge of the HCA administration, said.

Rayudu will be available to play the full season for Hyderabad and it was a "good" news for the team, Shetty added.

The middle-order batsman has played 55 one-day internationals for India, the last of them in March against Australia, and was part of the Chennai Super Kings franchise in the 2019 Indian Premier League Twenty20 tournament.

"It is great news for us. I still believe he still has five years of cricket and groom youngsters which is more important for us. Last year without him, we struggled in Ranji Trophy," HCA chief selector Noel David told Sportstar.

"Rayudu's class and experience will prove to be very handy for Hyderabad and will surely have a major positive influence on the other players as he will be playing in all the formats.

"Hopefully he carries on the good work and leads from the front and I am confident of Rayudu getting support from all quarters."