India vs South Africa: Day 3 play called off due to rain 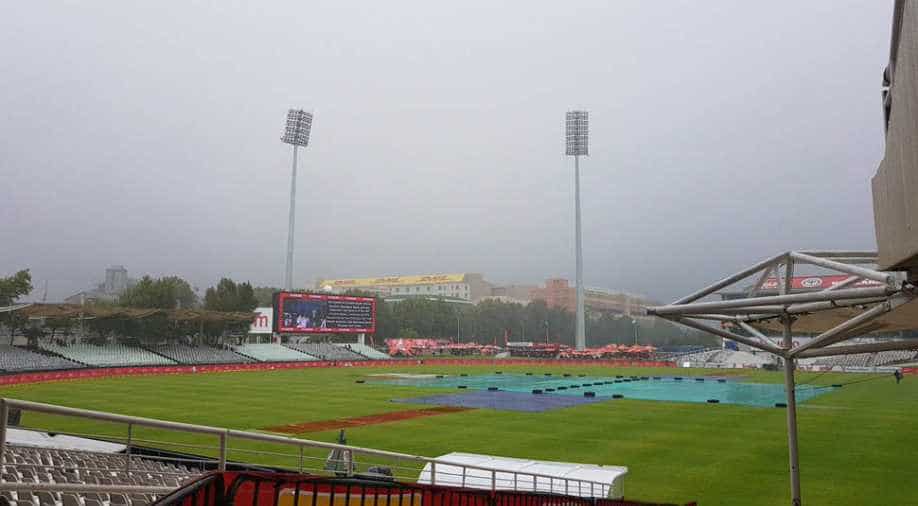 The day three play between India and South Africa was called off on Sunday after heavy rainfall continued to lash Cape Town.

After morning session was washed out, it was assumed that the teams could resume before the scheduled tea interval, as the rain stopped. But it was for less than half an hour.

On day 2, South Africa was able to build a sizeable second-innings lead after reaching 65 for the loss of two at stumps.

Hashim Amla and night-watchman Kagiso Rabada will seek tomorrow to extend the host's advantage of 142 runs with remaining eight wickets.

The South African seamers had bowled India out for 209 on a lively wicket offering plenty of assistance for the bowlers.

For India, Hardik Pandya played a blistering knock of 93 runs to save its drowning team which at one point were 92/7 after lunch.

The all-rounder proved his mettle by helping his team inch closer to South Africa's total of 286.

In the second innings, Hardik contributed with the ball as well by dismissing the Proteas openers at an early stage.