India vs Australia: Prithvi Shaw ruled out of Adelaide Test with ankle injury 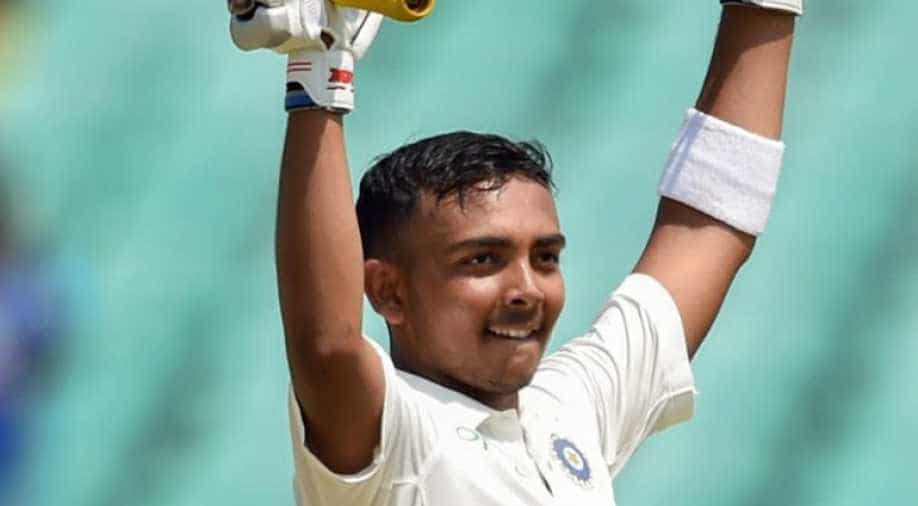 BCCI's official statement read that Prithvi Shaw will undergo an intensive rehabilitation program to hasten the recovery and be available for selection at the earliest.

India batsman Prithvi Shaw has been ruled out of next week's first Test against Australia after the young opener injured his ankle while fielding during a tour match in Sydney on Friday, according to the country's cricket board (BCCI).

The 19-year-old was taken to hospital for scans after he rolled his left ankle when taking a catch on the deep mid-wicket boundary and tumbled over the rope during the third day of the warm-up contest against an Australia XI.

Shaw was chaired off the field by India physiotherapist Patrick Farhart and a support staff member into the away team dressing room at the Sydney Cricket Ground (SCG).

"Shaw underwent scans this morning and the reports revealed a lateral ligament injury," BCCI said in a statement. "Shaw will be unavailable for the first Test against Australia in Adelaide.

"He will undergo an intensive rehabilitation program to hasten the recovery and be available for selection at the earliest."

It was a massive blow for India with the promising teenager an almost certain starter in the four-match series after a spectacular debut against West Indies last month.

Update: The medical team is assessing Prithvi Shaw at the moment. He hurt his left ankle while attempting to take a catch at the boundary ropes. Shaw is being taken to the hospital for scans #TeamIndia pic.twitter.com/PVyCHBO98e

India's other opening batsman Lokesh Rahul has struggled for runs and the third option, Murali Vijay, is on the comeback trail after he was dropped following a poor tour of England earlier this year.

Shaw scored an attacking 134 on his debut against West Indies and followed up with a 70 and unbeaten 33 in the second Test against the Caribbean side.

He was also impressive on Thursday with a sparkling 66, hitting 11 boundaries in his 69-ball knock.

India would hope to have him back in the starting lineup for the second Test at Perth, starting on Dec. 14.