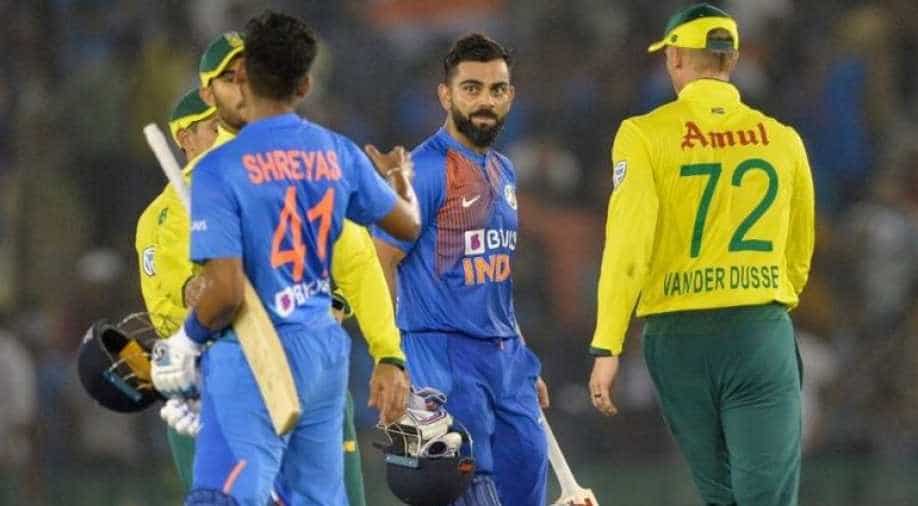 South Africa have made one change in their bid to level the series, with left-arm paceman Beuran Hendricks coming in for Anrich Nortje

The hosts, who lead the three-match series 1-0, are unchanged from their previous win on Wednesday. The opening game was washed out.

Most games at the Bangalore stadium have been won by the team batting second, but Kohli said his decision is aimed at getting battle ready for the T20 World Cup next year.

"I know it's a chasing ground, that's what teams do here in the IPL (Indian Premier League) too, but heading into the World Cup we want to strengthen areas and put ourselves under pressure," Kohli said at the toss.

"Of course results are always going to be a priority, but we need to push ourselves out of our comfort zone with the World Cup coming up."

South Africa have made one change in their bid to level the series, with left-arm paceman Beuran Hendricks coming in for Anrich Nortje.

"Whether we bat or bowl first we just have to make sure we come out here and compete," said skipper Quinton de Kock.

"I think the last game was up and down for our team but we spoke about it and we're going to try and correct our mistakes."