IND vs AUS: Both teams to likely to pay tribute to Phil Hughes on his 6th death anniversary 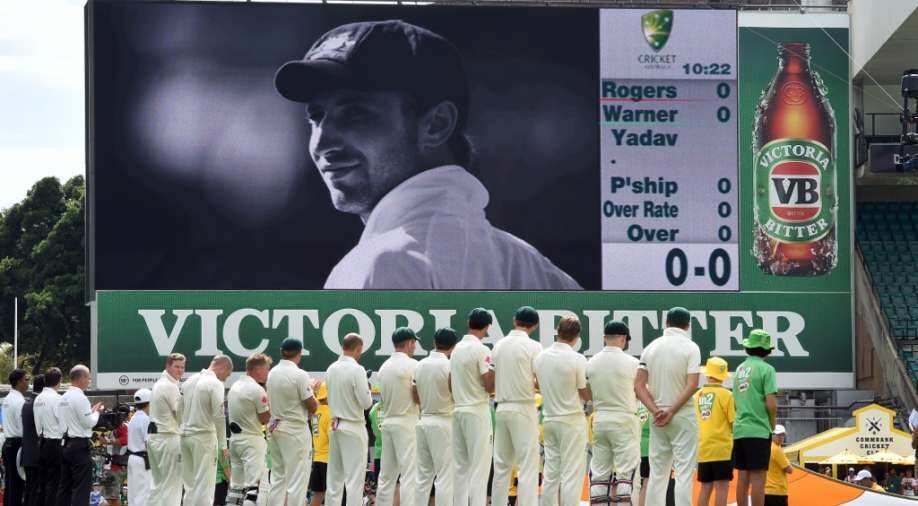 Hughes, who was 25 years old at that time, played for South Australia against New South Wales in a Sheffield Shield match.

Team India and Australia are likely to pay tribute to Phil Hughes on November 27 as the day will mark the sixth death anniversary of the batsmen. Both teams will square off against each other in the first ODI of the three-match series at Sydney Cricket Ground (SCG) on November 27.

To pay their respects, the Indian and Australian cricketers are likely to stand for 63 seconds of applause. According to many media reports, the Australian team will don black armbands with Phil Hughes' initials to mark the occasion.

Hughes, who was 25 years old at that time, played for South Australia against New South Wales in a Sheffield Shield match.

The bouncer struck the Aussie while he was attempted a hook shot. Due to the hit, Hughes collapsed on the ground. He was given mouth-to-mouth resuscitation but it didn’t work. He was rushed to a Sydney hospital, went into a coma after suffering a brain haemorrhage.

However, the batsmen could not survive and passed away on the morning of November 27, 2014, three days before his 26th birthday.