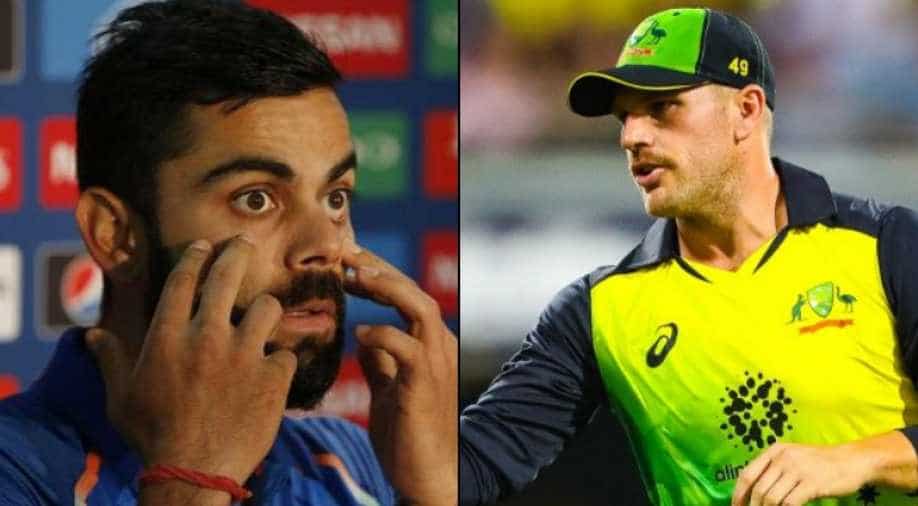 India will like to reassess their playing combination while aiming for a swift turn-around when they take on Australia in the second T20I.

Australia will eye a series win when they take on India in the second T20I of a three-match series at Melbourne Cricket Ground on Friday.

While India will hope for a turn-around in a must-win clash to keep the series alive.

In the first match, India made few sloppy mistakes in the field that proved to be the ultimate difference in a game.

In fact, Kohli himself was guilty of poor effort on the field on at least two occasions, dropping counterpart Aaron Finch in the fourth over and later involved in a misfielding from the deep.

On the eve of the series, Virat Kohli said that the team will look to minimise the mistakes happened during their recently concluded England and West Indies series.

"We don't want to be a team that wins one odd test match here and there," Kohli told reporters. "We have figured out our mistakes in England which, I have mentioned before, were very radical.

"The quality of cricket was very high but our mistakes were as radical and that's why we lost the games. We won the game in which we committed fewer mistakes. We were at par with the other team throughout," Virat added.

India, currently the top test team, have not lost a home series since late 2012 but have struggled outside the sub-continent, beaten 2-1 in South Africa and 4-1 in England this year.

Melbourne! We are here for the 2nd T20I #TeamIndia #AUSvIND pic.twitter.com/8xEp62g3Ex

The Indian batting line-up could see some changes which is also the urgent need of an hour.

KL Rahul's performance, in particular, scrutinised, since scoring 101 not out in the first T20I against England at Manchester, Rahul hasn't been able to cross the 30-run mark in next six matches.

He occupies a very crucial, number three, batting spot in the current squad.

There is a special need to check the bowling department as per the behaviour of MCG's pitch.

Krunal Pandya was plundered for 55 runs in his four wicketless overs and was hit for as many as half a dozen sixes.

If the MCG is also of Gabba's nature, Kohli might be tempted to bring in leg-spinner Yuzvendra Chahal, who boasts of a brilliant wicket-taking record in T20Is.

While he can not take the risk of giving away an additional batsman.

Australia boasts of bigger grounds than in India, with bigger boundaries of course, and the MCG will prove to be another humongous challenge in that regard.

The task is cut out in front of the team management to work on fielding angles to elevate their efforts in the second T20I.

It doesn't help that there is such a short turn-around time during this series, that fielding coach R Sridhar won't be able to work with the players at the MCG.

Any improvements in the field will have to be drilled in theoretically in the dressing room. And thus India will also seek to look at other areas where improvements can be made.

The ploy to introduce Adam Zampa as the lone spinner worked wonders for Australia and with an intense fielding effort, Australia were able to make a winning difference.

Things seem very different in the hosts' camp all of a sudden when they were simply considered second best to the Men in Blue across all departments less than 48 hours ago.

Melbourne is experiencing a stormy spell in the latter half of this week, so there is a slight chance that the second T20I could also be rain-affected.