In pics: MS Dhoni's birthday celebration with family and teammates 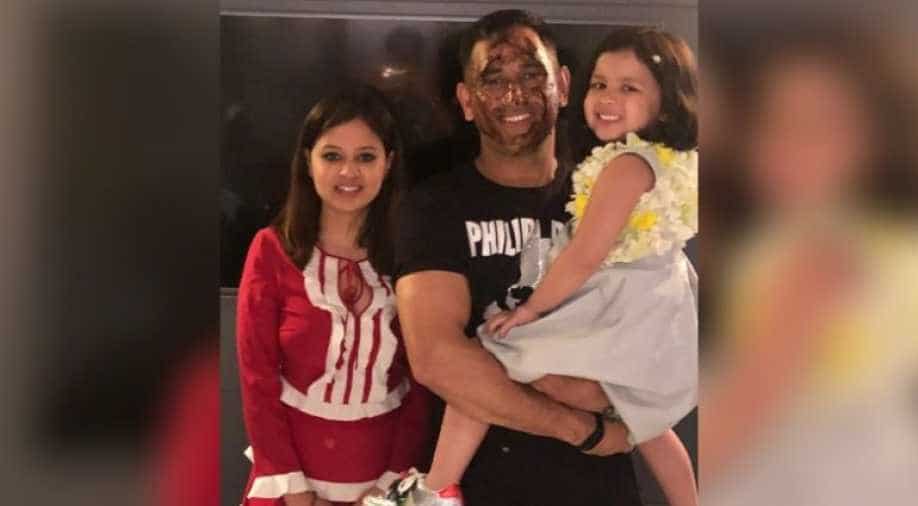 Former Indian skipper Mahendra Singh Dhoni celebrated his 38th birthday with wife Sakshi and daughter Ziva along with some members of the Indian cricket team.

The celebrations started after India's seven-wicket win over Sri Lanka in their final league stage match on Saturday in Leeds.

His wife Shaki posted a slo-mo video on her Instagram account in which Dhoni can be seen cutting the cake.

He was also spotted dancing with Ziva in one of the videos surfacing on social media.

All-rounder Hardik Pandya and Rishabh Pant shared boomerang videos with Dhoni, in which the former captain is not at all looking as if he is ageing.

DHONI cutting the birthday cake along with Ziva and his friends. 😍❤️

"Video Of The Day" 👌#HappyBirthdayDhoni pic.twitter.com/V6PyZ2WnfL

Happy birthday Mahi bhai! Everyday spent with you is a chance to learn and grow. Thank you for being one of the biggest role models in my life ❤️🚁 #HappyBirthdayDhoni @msdhoni pic.twitter.com/JUsEMkZYOK

Happy birthday mahi bhai . Thank u for always being there as a mentor as a brother as a friend. Have more success in life always🤗🤗 @msdhoni pic.twitter.com/X35YD12h9u

DHONI cutting the Birthday cake along with ZIVA and his team mates. 😍❤️#HappyBirthdayDhoni pic.twitter.com/kpbhWT6hLm

Dhoni has led India to the number one ranking in both Test and ODI formats and also won all major cricketing accolades that one can achieve during their playing stint.

He is the only international captain to have won ICC 50-over World Cup, T20 World Cup and Champions Trophy.