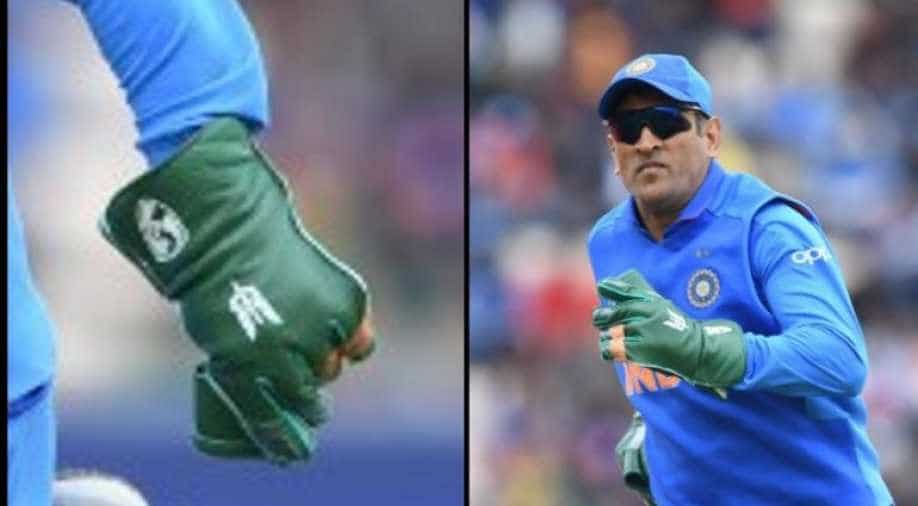 The COA will be meeting BCCI officials at the cricket centre in the afternoon over the insignia issue.

After the ICC objected to Indian wicketkeeper batsmen MS Dhoni's Army insignia on his glove during the World Cup match against South Africa, sources in Board Control of Cricket in India(BCCI) said it stands by the former Indian captain.

Sources in BCCI said it stood by Dhoni as the insignia was neither "commercial nor religious" in nature. The insignia is not even of his regiment, the sources added, asserting that the board will go through the "formality of applying for permission".

Dhoni is an honorary Lieutenant Colonel in the Parachute Regiment of the Territorial Army and dagger is part of their emblem.

Mahendra Singh Dhoni will continue wearing the dagger insignia on his wicket-keeping gloves as it is not a military symbol, Committee of Administrators (CoA) chief Vinod Rai said. The CoA chief informed that the BCCI has sought the ICC's permission for it.

"The BCCI had already sent a formal request to the ICC for clearance. As per ICC regulations, players can't sport any commercial, religious or military logo. There was nothing commercial or religious in this regard as we all know," Rai told PTI

"And it is not the paramilitary regimental dagger that is embossed in his gloves. So Dhoni is not in breach of ICC regulations," he added.

The CoA chief's defence is based on the fact that the para-regimental dagger logo has word 'Balidan' (sacrifice) inscribed on it, which is not the case with the logo sported by Dhoni.

Claire Furlong, ICC General Manager - Strategic Communications had objected to Dhoni's insignia, saying: "It is against the regulations and we have requested it is removed."

Furlong had added that it was a "request" for removal and not a "breach".

Meanwhile, #DhoniKeepTheGloves began trending on social media as the controversy over the insignia erupted. Indians backed Dhoni to retain the insignia.

Lt Colonel MS Dhoni is now wearing the coveted Para Wings insignia after completing his fifth jump from an Indian Air Force AN-32 aircraft as part of his training at the Paratroopers Training School (PTS) in Agra. ❤#DhoniKeepTheGlove pic.twitter.com/NLbDxmYbqr

Good to see #DhoniKeepTheGlove trending this morning. Lt Col MSD @msdhoni Sir, the country is with you. @AsYouNotWish @TajinderBagga pic.twitter.com/QDoNxloLHm

Dear ICC .. Balidan means sacrifice - the motto of the Indian Para Special forces. The spirit of sacrifice thats taken a fantastic human being like Dhoni to the top of his game. #DhoniKeepTheGlove pic.twitter.com/qKmjBU5Itm