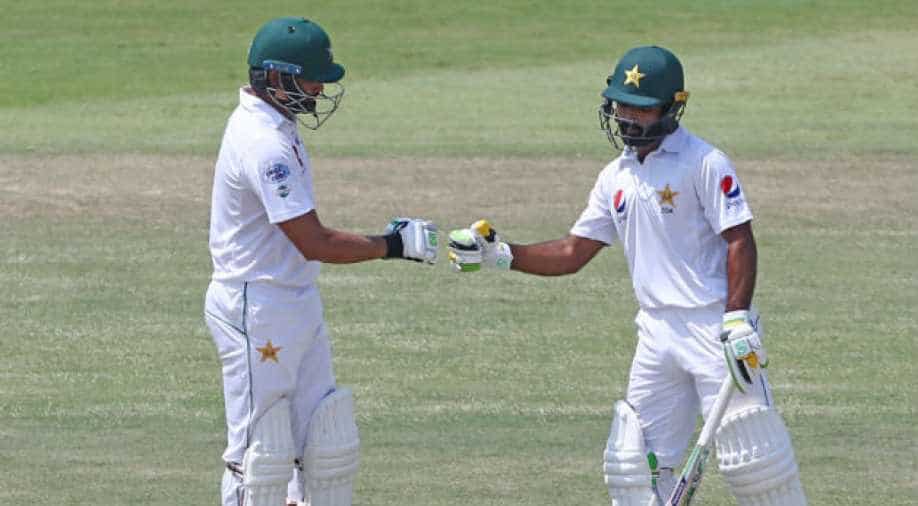 The issue came to light when Asad Shafiz and Babar Azam were seen wearing smart watches during the opening day's play of the first Test against England at Lord's on Thursday.

As per reports, there was no suggestion of wrongdoing, but the council instructed the Pakistan team against wearing such watches as an anti-corruption measure.

Pakistan ended the first day of this two-match series well-placed at 50 for one after bowling England out for just 184.

"I didn't know earlier that anyone was wearing one (a smart watch)," Pakistan's Hasan Ali, said after the end of Day 1.

"But yes, an ICC anti-corruption officer came to us and told us this is not allowed. So next time nobody will wear them," he added.

In a bid to combat financial malpractice in cricket, players and match officials must hand over their mobile phones and other devices capable of electronic transmission before play to the appointed ICC anti-corruption officer present at every major international match.

The devices are returned after stumps.

Lord's was the venue where three Pakistan players, including Mohammad Amir, who is playing in this match, were involved in a spot-fixing scandal during a 2010 Test against England.

The English court sentenced Amir, fellow pace bowler Mohammad Asif and Salman Butt, Pakistan's captain in that match, to jail terms, with the trio also given five-year worldwide ban from cricket by the ICC.