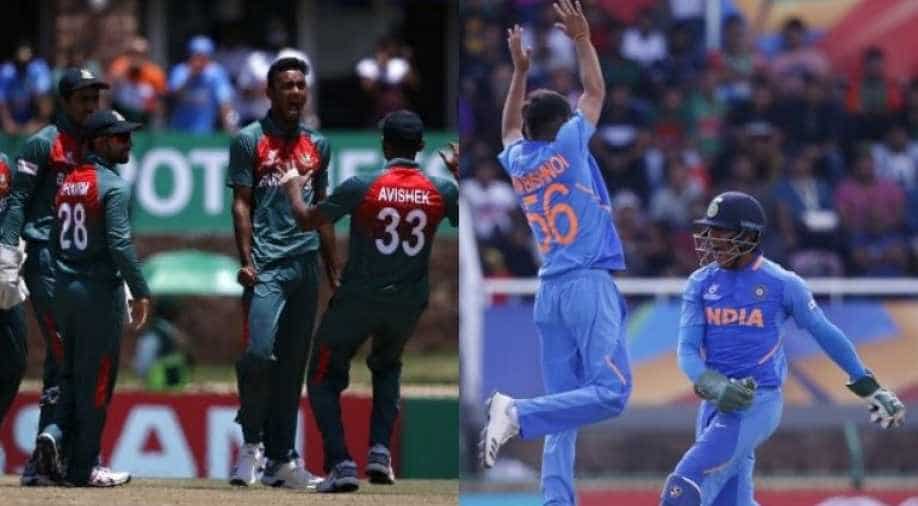 Players were seen pushing each other. Umpires had to interfere before things could escalate.

International Cricket Council (ICC) has announced sanctions against five players who were involved in the post-match brawl during the ICC U-19 World Cup finals between India and Bangladesh in Potchefstroom on Sunday.

Bangladesh was overjoyed by the victory as this was their maiden ICC trophy across all age groups. The teammates ran towards the team after Rakibul Hassan hit the winning runs. However, things turned ugly when a Bangladesh player passed a provocative comment, which the Indian players did not take lightly, according to reports.

Amazing scenes here in Potchefstroom as Bangladesh pull off a miraculous victory and are the u/19 world champions.. well fought india.. standard of cricket today and throughout this tournament has been world class.. congrats Bangladesh #U19WorldCup #FutureStars pic.twitter.com/JD7re0KLo2

After the comment, players were seen pushing each other. Umpires had to interfere before things could escalate.

ICC has charged them with misconduct on Tuesday, and said such behaviour has "no place in our sports".

Geoff Allardice, ICC's General manager cricket shared his views on the unsportsmanlike incident, he said: "The elation and disappointment experienced by some players after the game spilt over into unedifying scenes that have no place in our sports,".

"It is disappointing that Code of Conduct charges needed to be laid after such a closely contested match, but it is important to reinforce the standard of behaviour that will be expected of these young players should they transition to senior international cricket," the statement added.

Shameful end to a wonderful game of cricket. #U19CWCFinal pic.twitter.com/b9fQcmpqbJ

Indian spinner Bishnoi (extra two suspension points) has received a further charge of breaching Article 2.5, for a separate incident during the match for using "language, actions or gestures" which could have provoked an aggressive reaction from a batsman following the dismissal of Avishek Das in the 23rd over.

One suspension point equals a player being ineligible for one ODI or a T20I, U-19 game or an A-team international match.