'I was sexually abused by Larry Nassar,' says US gymnast Simone Biles 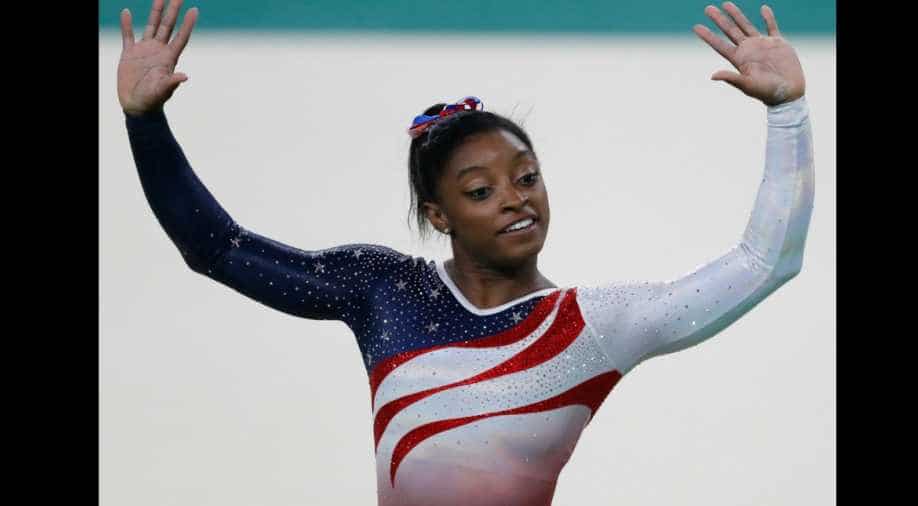 US gymnast Simone Biles revealed on Monday she was sexually abused by disgraced former USA team doctor Larry Nassar, who was last month jailed for 60 years on child pornography charges.

In a statement posted on Twitter, Biles said she had wrestled with her decision to go public with her story since the scandal broke.

"Most of you know me as a happy, giggly, and energetic girl," the 20-year-old reigning Olympic all-around champion wrote.

"But lately I've felt a bit broken and the more I try to shut off the voice in my head, the louder it screams. I am not afraid to tell my story anymore," she said.

"I too am one of the many survivors that were sexually abused by Larry Nassar," the 10-time World Championship medallist added.

Nassar has been accused of sexually assaulting more than 100 young girls including several US Olympians.

Biles's teammates Aly Raisman, McKayla Maroney and Gabby Douglas are among the members of USA gymnastics squads who have said they were sexually assaulted by Nassar.

The 54-year-old was sentenced to 60 years in prison in December on child pornography charges.

He could be jailed for life when a further sentencing hearing gets underway in Michigan this week on separate sexual assault charges to which he has pleaded guilty.

In her statement on Twitter, Biles described her torment as she attempted to grapple with the abuse she had suffered.