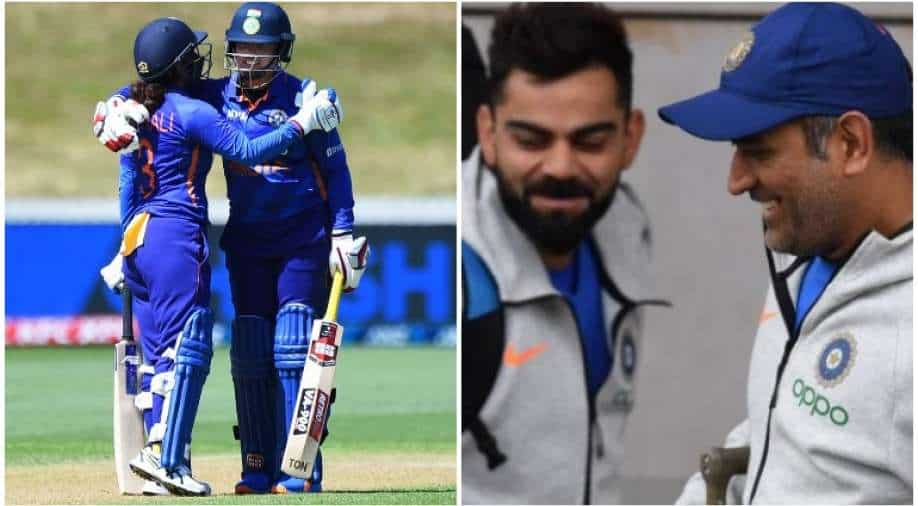 Mithali Raj-led India women endured a forgettable run in the just-concluded five-match ODI series versus hosts New Zealand ahead of the ICC World Cup. While the visitors prevented a series whitewash, they weren't upto the mark in the first four games to lose the series 4-1.

Despite a big series loss, India had some players rising up to the challenge throughout the course of the five ODIs. Stumper Richa Ghosh, who is also part of India's squad for the upcoming Women's World Cup, stunned one and all with her range of shots during a scintillating 26-ball 50 (52) in the fourth and penultimate ODI.

The 18-year-old Richa's innings was filled with 4 fours and an equal number of sixes, at 179.31, as she made a strong statement before the mega event. Despite India falling short by 63 runs in pursuit of 192 in the rain-curtailed 20-over aside contest, Richa made heads turn and revealed MS Dhoni as her idol.

"It felt really great as it was my first 50. The last time I got out for 44 in Australia but here I was able to continue and reach half-century. I was really happy, and my parents were also elated by it as they called up to congratulate me after the knock," she told team skipper Mithali Raj in a post-match video on bcci.tv.

"During my childhood, I used to look up to my father. I used to practice with him at that time, so I was influenced by his aggressive batting approach. When I began watching matches of Team India, I started following MS Dhoni as I was impressed with his power-hitting abilities with the bat coupled with effective wicket-keeping behind the stumps. He is my idol," Richa added.

"I think it was a very nice inning by her. I was in awe of her for the shots she played, the sixes she hit against the wind. They were the shots one could admire from the other end," skipper Mithali lauded Richa's knock.

On Thursday (February 24), Indian eves chased down a competitive 252-run target, by six wickets, to prevent a series whitewash versus the White Ferns before the commencement of the ODI World Cup, from March 04.