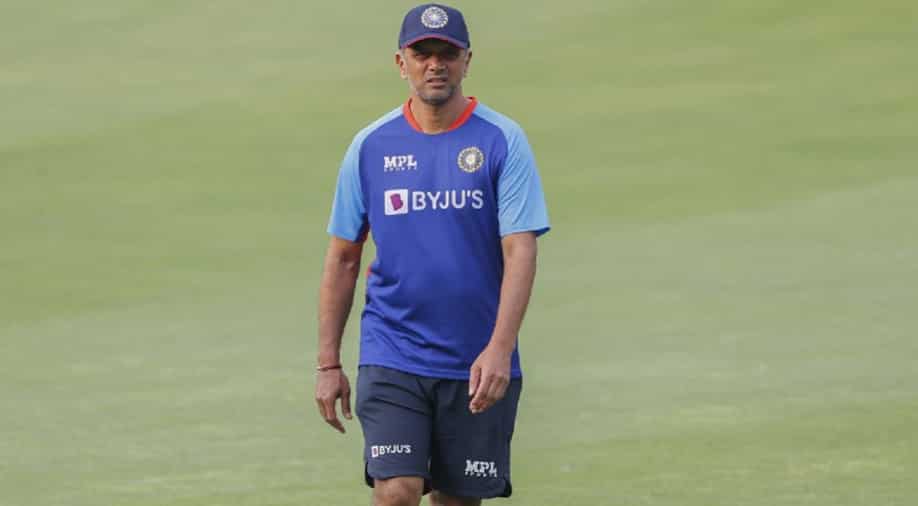 India head coach Rahul Dravid said he won't make excuses as he reacted to India's seven-wicket loss against England in the Edgbaston Test.

India head coach Rahul Dravid said it was disappointing to lose the rescheduled 5th Test against England at Edgbaston in Birmingham on Tuesday (July 05) as the hosts thrashed India by 7 wickets to level the five-match series which was postponed last year 2-2. England chased down the target of 378 runs comfortably in their second innings with the help of unbeaten centuries from Joe Root and Jonny Bairstow to pull off the highest-ever run chase in Test cricket.

India were ahead in the all-important Test match for the first three days as they aimed to script a historic series win in England with a 2-1 lead in their bag from last year. However, England got the better of Jasprit Bumrah & Co., who struggled massively with the ball during England's second innings and managed to pick up only three wickets.

India have now lost their last three Test matches in a row overseas. They had suffered back-to-back defeats in the final two Tests against South Africa earlier this year and have now lost three in a row overseas. Dravid rued the missed opportunities in South Africa and said India have struggled to pick 20 wickets in a Test match over the last few months which is one of the major reasons behind the drop in performances.

The 5th Test between India and England was originally scheduled to be played in Old Trafford in Manchester last year but had to be postponed due to COVID-19. India woud perhaps have wanted to close out the series last year considering they were dominant throughout and almost had a series win in their pocket.

Dravid, who was not part of India's coaching staff back then with Ravi Shastri and Virat Kohli still in charge, insisted situation of both teams were different during the series last year. However, he asserted he won't make any excuses for India's horrible show with the ball at Edgbaston.

"I don't want to make excuses. I wasn't part of the team then. India was on a roll at that stage. England were probably in a slightly different situation at that point of time. But they have come here on the back of three consecutive wins against New Zealand. We have had a long gap in between Test cricket, but no excuses," said Dravid.