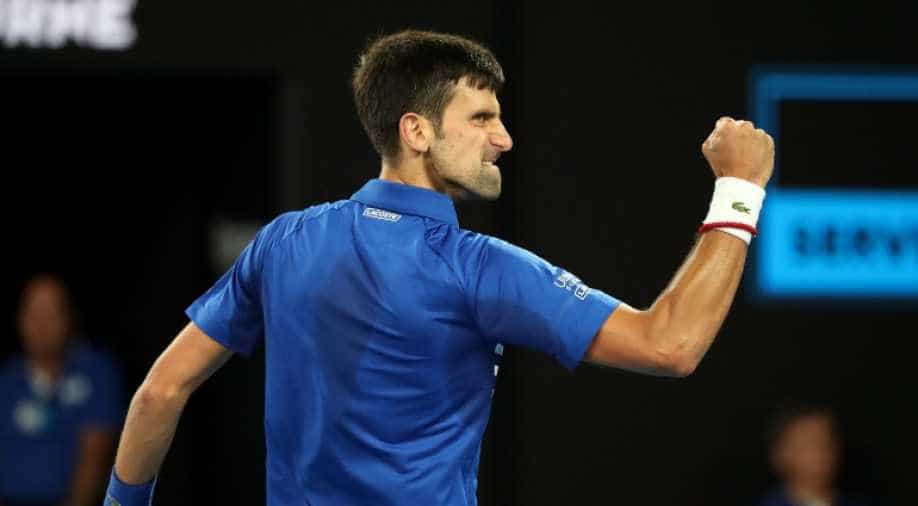 Djokovic said that Rafael Nadal is his favourite for the tournament

The world number one Novak Djokovic will start his historic bid to win four grand slam titles in a row for the second time at this season's French Open.

The Serbian tennis star can become only the second man in history to have twice held all four Grand Slam titles at the same time with victory at the French Open.

While ahead of the Grand Slam, Djokovic said that Rafael Nadal is his favourite for the tournament.

"He's the main favourite to win the title. I think it wouldn't be fair to pick anybody else but him as the main favourite, because he has won this tournament so many times," said the Serb, as he spoke at a press conference ahead of the Grand Slam in France.

"He has lost, what, two times in his career on Parisian clay? So, lots of respect for him, obviously, as always," he added.

Djokovic has been enjoying a good run of form during the clay season, winning the title in Madrid before losing to Nadal in Rome.

Watch the preview of French Open 2019:

On being asked about his preparations, Djokovic said, "Nothing really in particular days before Roland Garros. I don't do anything that is completely different from anything that I do in the different periods of the year. I do set up a strategy with my team to peak at the Grand Slams, because at this stage of my career, those are the ones that matter the most for me."

"I really want to win on every tournament that I participate, but of course Grand Slams just have a special place," he added.

Rohit Sharma can be relieved of T20I captaincy for Team India to manage workload: Virender Sehwag