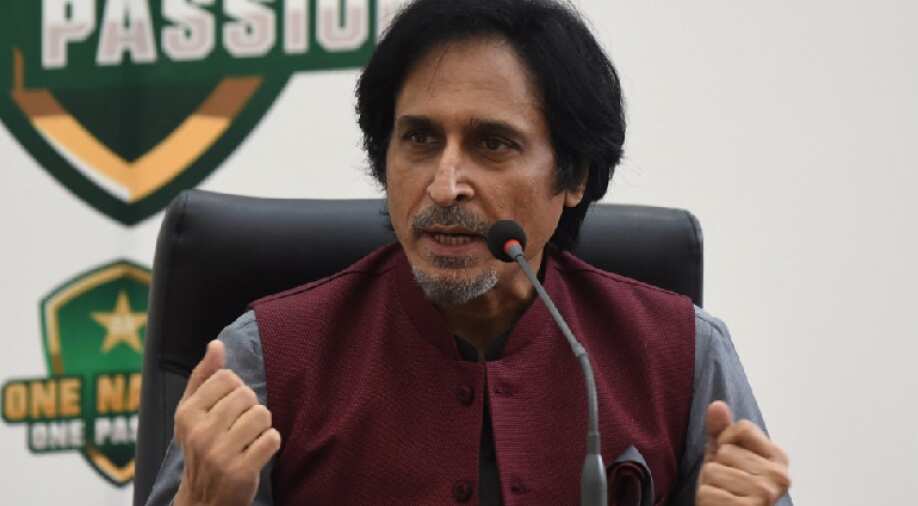 Ramiz Raja has been slammed by a former Pakistani cricketer. Photograph:( AFP )

Former Pakistan pacer Tanvir Ahmed has lashed out at the Pakistan Cricket Board chief Ramiz Raja alleging that he will 'destroy' Pakistan cricket with his decisions.

However, the idea of junior PSL has not gone down well with many in Pakistan, including former Pakistan pacer Tanvir Ahmed, who has slammed Raja. Ahmed said Raja is going to destroy Pakistan cricket with such decisions as he believes T20 cricket is not the right format for the youngsters to learn and that they need to focus on playing long-form cricket first.

Also Read: 'Does he say the same for Rohit Sharma?': Hayden on Ravi Shastri advising Virat Kohli to take a break

“Instead of holding a Junior PSL, the chairman should have focused on organizing two-day or three-day tournaments. He is going to destroy Pakistan cricket with such decisions. The youngsters will think that they don’t need to play long-form cricket and instead focus on hitting sixes,” Ahmed was quoted by the Pakistani website Samaa TV.

“This mentality will not only affect under-19 cricket but also under-13 cricket and their families due to the money involved. People all over the world are saying that T20 cricket has destroyed Test cricket but our chairman is trying to organize Junior PSL,” he added.

Ever since Imran Khan's government fell in Pakistan, there have been rumours about Raja stepping down from his post as the PCB chairman as he is a close aide of Khan. However, Raja has continued in his role and is trying hard to revive the domestic structure in Pakistan cricket.

However, his idea of Junior PSL has received widespread criticism. Former Pakistan cricketer Salman Butt too had opposed the idea and said such a tournament will not help the youngsters in getting the right induction and will also affect their fitness levels in the long run.