'He will be my first pick': Virender Sehwag names Indian star who can be game-changer against Pakistan 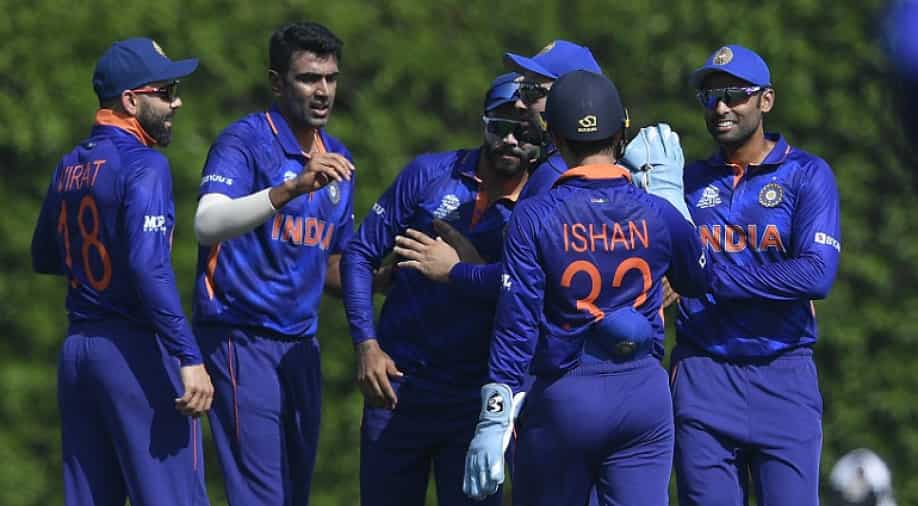 What combination will India go for against Pakistan in T20 World Cup 2021? Photograph:( AFP )

Former India opener Virender Sehwag named an Indian all-rounder who will be his first pick in the playing XI for the all-important clash against Pakistan in T20 World Cup 2021 on Sunday (October 24).

Virat Kohli-led India are all set to open their T20 World Cup 2021 campaign against arch-rivals Pakistan at the Dubai International Stadium in Dubai on Sunday (October 24). While Pakistan have already announced their 12-man squad for the much-awaited clash, India have kept the cards close to their chest and are yet to give a hit about their playing XI.

Ahead of the clash against Pakistan, former India opener Virender Sehwag gave his take on the combination India should opt for in their playing XI against Babar Azam's men. There has been a debate surrounding all-rounder Hardik Pandya's place in the XI with doubts over his bowling.

Hardik did not bowl a single over for Mumbai Indians in the second leg of the recently-concluded IPL 2021 and is unlikely to bowl for India against Pakistan due to his back issues. With Shardul Thakur in the squad, many believe India should play Shardul instead of Hardik in the XI to have much-needed balance in the line-up.

However, Sehwag had backed Hardik to play as a pure batter and feels he can make the game one-sided for India if he manages to click with the willow. Sehwag said Hardik would be the first player he would pick in his playing XI for India against Pakistan.

"He'll be on my team. The kind of batter he is, if he clicks, he'll make the match one-sided, and finish it. He has the ability, which he has shown many times. Yes, if he was bowling fit, that would have been the icing on the cake...", Sehwag said on Cricbuzz.

"You should go with five bowlers plus if Hardik Pandya or someone else from the top-order bowls a few overs, it'll be the perfect team for me... His batting is surely a concern. If he's not in form or not batting well in the nets, then you can maybe see another batter, otherwise, he'll be my first pick," he added.

India have a host of spinners in their squad with the likes of R Ashwin, Rahul Chahar and Varun Chakravarthy among others in their ranks. Meanwhile, the Men in Blue also have a potent pace attack consisting of the likes of Jasprit Bumrah, Mohammed Shami, Bhuvneshwar Kumar and Shardul.

It remains to be seen what playing XI India will opt for in the mother of all clashes in the T20 World Cup 2021.