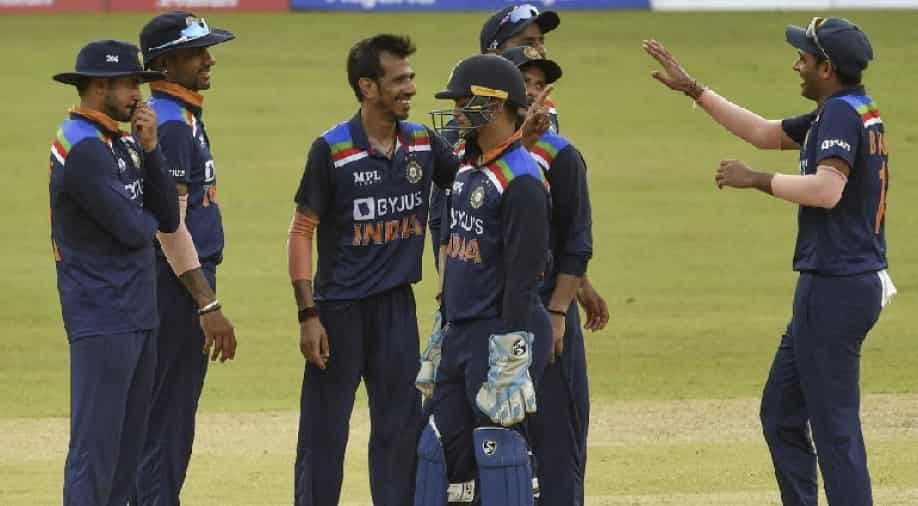 Former chief selector of the Indian national cricket team, MSK Prasad has named a spinner who he feels deserved a spot in the country's T20 World Cup 2021 squad.

Team India's former chief selector MSK Prasad has batted for the inclusion of Yuzvendra Chahal in the country's squad for the upcoming T20 World Cup 2021. Chahal has not been named in India's squad for the T20 World Cup which was announced by the Chetan Sharma-led selection panel earlier this month. His exclusion came as a shock to many including Prasad, who feels the RCB star is one of the best T20 bowlers India have in their ranks.

Chahal's exclusion was a surprising one as the leg-spinner has been one of India's first-choice bowlers in the limited-overs format over the last few years. He has also been consistent in the Indian Premier League (IPL) for Virat Kohli-led Royal Challengers Bangalore (RCB).

However, he was snubbed from the T20 World Cup squad after suffering a dip in performances in international cricket recently. He also had an average campaign in the India leg of the ongoing IPL 2021 but has bounced back to form once again in the UAE leg of the tournament.

Chahal has so far picked up seven wickets in just four matches in UAE and has bowled at an impressive economy rate of less than six. Prasad feels Chahal deserved a spot in the T20 World Cup squad and pointed out he has been effective even on flat tracks in Bengaluru - which is RCB's home ground in IPL.

Also Read: Must be wondering why they made some of the decisions they did: DC co-owner questions selectors over India's T20 World Cup squad

“I think he is our best T20 bowler in terms of wickets. He has done superbly in the last 4-5 years. Fortunately, or unfortunately, what the selectors must have thought is the competition between Rahul Chahar and Yuzvendra Chahal. On flat wickets like in Bangalore, he (Chahal) has never disappointed his captain Virat and he’s always given you wickets,” Prasad told Sports Tak.

India have several options when it comes to the spin department in their T20 World Cup squad with the likes of Rahul Chahar, Axar Patel,  Varun Chakravarthy, R Ashwin and Ravindra Jadeja in their ranks. Prasad feels Chahal's dip came at the wrong time for him while Rahul Chahar's performances for Mumbai Indians convinced the selectors to pick him over the senior spinner in the T20 World Cup squad.

“But if you see his performance in the last year, year and a half, there is a little dip in his performance. Rahul Chahar on the other hand has played an important role in winning back-to-back IPL titles for Mumbai Indians. Probably that went on Chahar’s favour,” Prasad explained.

India will begin their T20 World Cup 2021 campaign against arch-rivals Pakistan in Dubai on October 24.