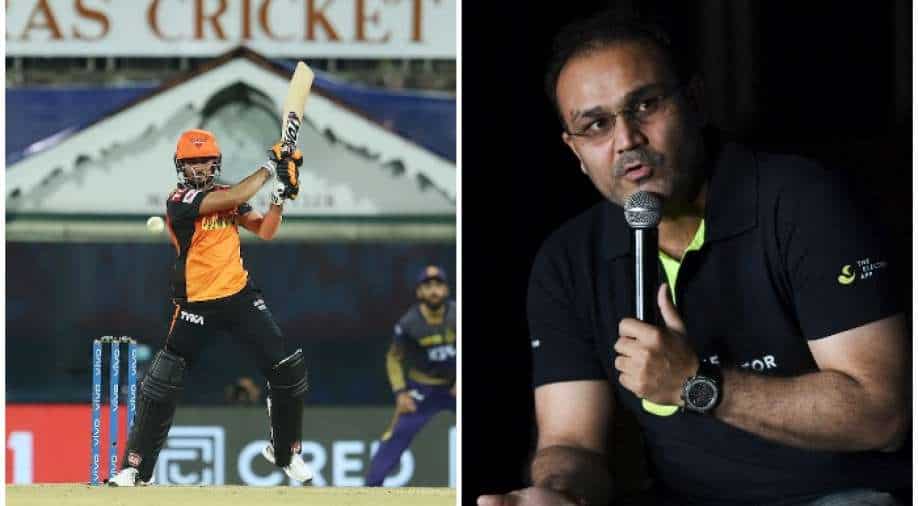 Sunrisers Hyderabad batsman Manish Pandey on Sunday played a knock of 61 runs off 41 deliveries but failed to close the chase for his team as Kolkata Knight Riders won their Indian Premier League (IPL) 2021 opener at the MA Chidambaram Stadium in Chennai. While Pandey played a crucial knock to take SRH close to the 188-run target but failed behind the required run rate. As a result, SRH were restricted to 177 for 5 in 20 overs.

Former Indian opener Virender Sehwag opined that Pandey failed to find the correct ball to go big later in the innings. Whereas former pacer Ashish Nehra said that the SRH batsman has a fixed range while praising KKR skipper Eoin Morgan for making field changes to block his hitting zones.

“Pandey couldn’t hit a boundary in the last three overs he batted against KKR. That lone six came off the last ball when the match was over. He had an important role play. He already had faced the pressure and was set. Had he taken the initiative to smash a few boundaries, SRH wouldn’t have lost the game by 10 runs,” Sehwag told Cricbuzz.

“It happens sometimes that you are a set batsman but you don’t get the balls to hit. I think the same thing had happened with Manish Pandey. He didn’t get any ball in his radar and hence, he couldn’t hit a six,” he added.

Nehra analysed that Pandey was finding boundaries till the time the mid-wicket fielder was up in the 30-yard circle but found it difficult when he was pushed back.

“Pandey’s radar is mostly towards mid-wicket and long-on. Until the mid-wicket fielder was up (inside the circle), he got runs. Once the fielder went deep, Pandey found it difficult to score. For this, I would like to appreciate KKR captain Eoin Morgan. He may have made the change in the field a bit late but the move worked in restricting Manish Pandey,” said Ashish Nehra.