'Hated bowling to Sachin Tendulkar': Brett Lee on the toughest batter he has bowled against 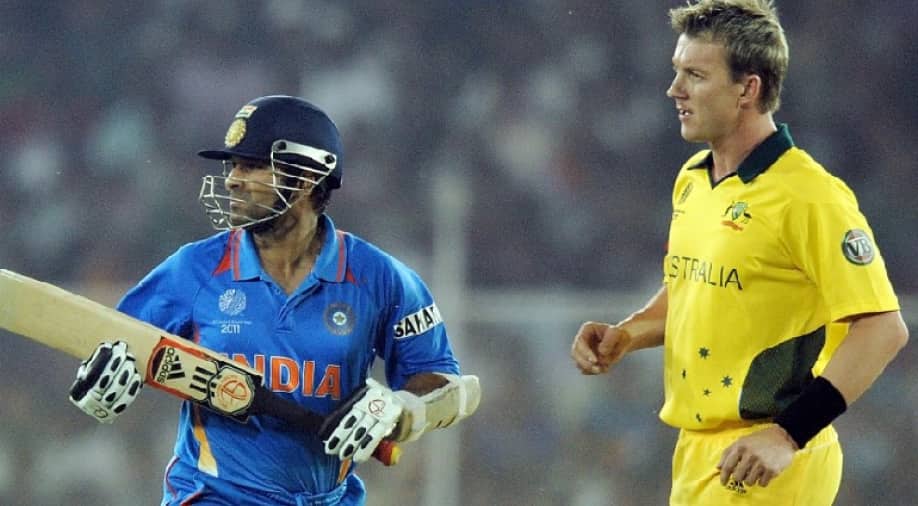 Former Australian pacer Brett Lee said he hated bowling to India legend Sachin Tendulkar during his playing days. Tendulkar and Lee enjoyed some fierce on-field battles as they came up against each other on several ocassions while playing for their respective national teams. While Tendulkar is regarded as one of the greatest batters of all time, Lee is one of the best fast bowlers to have graced the game.

While the two had their fair share of moments on the pitch, both Tendulkar and Lee got the better of each other on many ocassions. Despite admitting that he hated to bowl against Tendulkar, Lee has some great numbers against the batting legend. The former Australia pacer dismissed Tendulkar 14 times in international cricket during his career.

Lee picked up Tendulkar's wicket five times in Tests and nine times in ODIs. Lee holds the record for dismissing Tendulkar the most number of times in international cricket - a record that any bowler would be proud of. Recalling his rivalry with the Master Blaster, Lee said Tendulkar was just too good.

"I hated bowling to Sachin, because he was just so good. Great technique," Lee told former Pakistan pacer Shoaib Akhtar during a conversation on his YouTube channel.

Lee, however, snubbed Tendulkar to pick former South Africa all-rounder Jacques Kallis as the greatest cricketer of all time. When asked, who he found difficult facing as a batter, Lee named Sri Lanka legend Muttiah Muralitharan and said he found it easier to play fast bowlers.

Also Read: I'm not going to leave: When Dravid was gobsmacked after a female fan refused to leave his house

The former Australian pacer then went on to name Kallis as the greatest of all time. The former South Africa all-rounder was a brilliant batter and prolific fast bowler, who produced remarkable performances across all formats. Kallis scored over 13,000 runs in Tests and more than 11,000 runs in ODIs, he also picked up 292 and 272 wickets in the two formats respectively.

"I loved playing against fast bowlers. Jacques Kallis is the best all-rounder, no question. He is the best cricketer ever," said Lee.

Lee played 322 international matches in his career and scalped an impressive 718 wickets. He was known for his brutal pace and stunning yorkers which troubled the best of batters of his era.