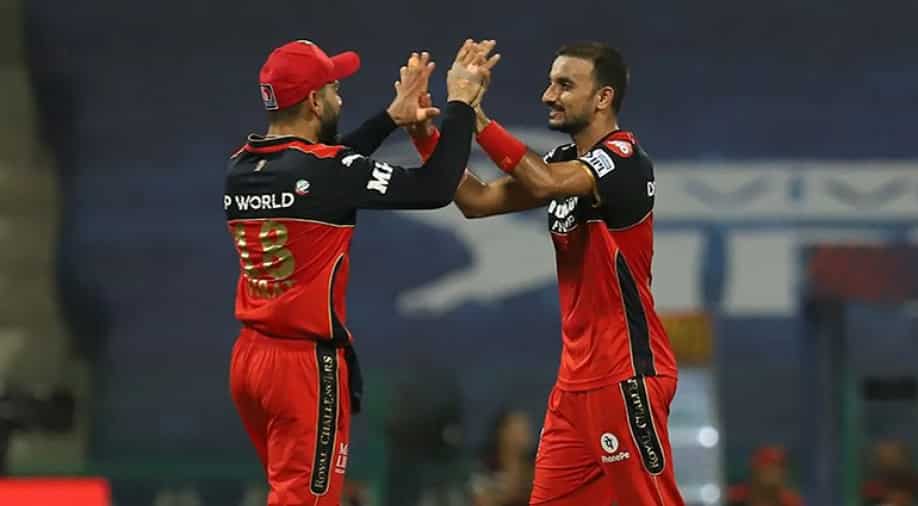 Harshal Patel and 2 other IPL stars likely to stay back in UAE. | Photo - IPL | Photograph:( Others )

RCB pacer Harshal Patel, who enjoyed a dream run with the ball in IPL 2021, has been asked to stay back in the UAE along with two other IPL stars to support team India's training for the upcoming T20 World Cup 2021.

Team India will soon begin its preparations for the upcoming T20 World Cup in the UAE as the Indian Premier League (IPL) 2021 heads towards its business end. IPL 2021 is all set to conclude on October 15 and the T20 World Cup will get underway from October 17 in UAE and Oman.

India are leaving no stone unturned in ensuring the best possible preparations for the showpiece event and have reportedly asked three IPL stars to stay back post the conclusion of the cash-rich league. Royal Challengers Bangalore pacer Harshal Patel, Kolkata Knight Riders seamer Shivam Mavi and all-rounder Venkatesh Iyer have reportedly been asked to stay back.

As per a report in Cricbuzz, the selectors want the three IPL stars to stay back in Dubai, where the Indian player are in quarantine ahead of the start of their T20 World Cup campaign. These players will support the Indan team's training for the showpiece event.

Harshal Patel enjoyed a dream run with the ball for RCB in IPL 2021 as he equalled the record for most wickets by a bowler in a single season of IPL with 32 scalps to his name in 15 matches, including a hat-trick. The speedster is not a part of the Indian squad for the T20 World Cup but will get to bowl at the Indian batsmen in the nets and prepare them for the tournament.

With nine wickets in seven matches, Mavi has also been impressive for KKR while Iyer has been one of the finds of the IPL 2021. The young all-rounder has taken the UAE leg of the season by a storm with his all-round heroics and currently has 265 runs and three wickets to his name in just eight matches this season.

The two youngsters will be seen in action when KKR take on Delhi Capitals next in the second Qualifier of IPL 2021. The winner of the clash will reach the final of the tournament on August 15. Meanwhile, team India will begin their T20 World Cup 2021 campaign against arch-rivals Pakistan in Dubai on October 24.