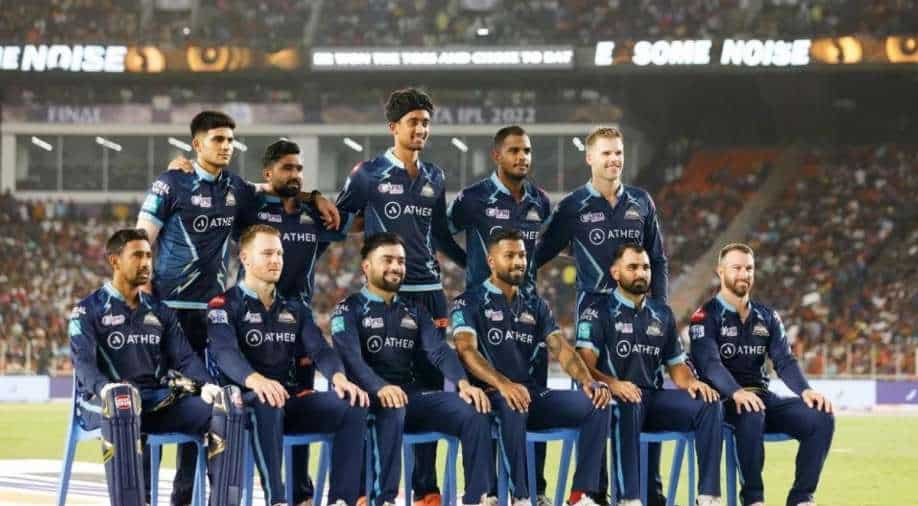 Complete list of IPL winners since 2008 (Photo - IPL) Photograph:( Others )

After Gujarat Titans (GT) won the IPL 2022 edition, here's a list of complete IPL winners since the inaugural edition in 2008:

Hardik Pandya-led Gujarat Titans (GT) weren't expected to go very far in IPL 2022 edition. Comprising some key players and also a lot of inexperience in their squad, Gujarat stunned one and all as different players rose up to the occasion in every game to see them top the group stage and then become the first-ever team to reach the IPL 2022 final. Further, they were never threatened by the Rajasthan Royals (RR) in the summit clash as they romped past the one-time winners by seven wickets and claim the trophy in their maiden season.

Talking about the contest, the Sanju Samson-led RR franchise opted to bat first at the iconic Narendra Modi Cricket Stadium, Ahmedabad on Sunday evening (May 29). Despite a good start by Yashasvi Jaiswal, RR never got going after the dismissals of captain Sanju and in-form opener Jos Buttler to manage only a paltry 130-9. Captain Hardik returned with 3 for 17 to lead from the front as Rajasthan was restricted to a below-par total. In reply, Shubman Gill's sedate 45 not out, Hardik's 30-ball 34 and David Miller's blistering 19-ball 32 propelled GT to an easy win as they clinched the title in their first-ever IPL season (joining RR to become only the second team to achieve this feat).

Thus, with GT claiming their first-ever trophy in the premier T20 tournament, here's a complete list of IPL winners since 2008:

Hardik has so far appeared in five IPL finals and has returned with the trophy on every single occasion. With this win, the Ashish Nehra-Hardik Pandya pairing have proved critics wrong as no one expected the Gujarat franchise to go on to win the elusive title -- with every game won by them seeing different players rise to the occasion. On the other hand, Samson-led RR also exceeded expectations but fell short convincingly in the final hurdle.