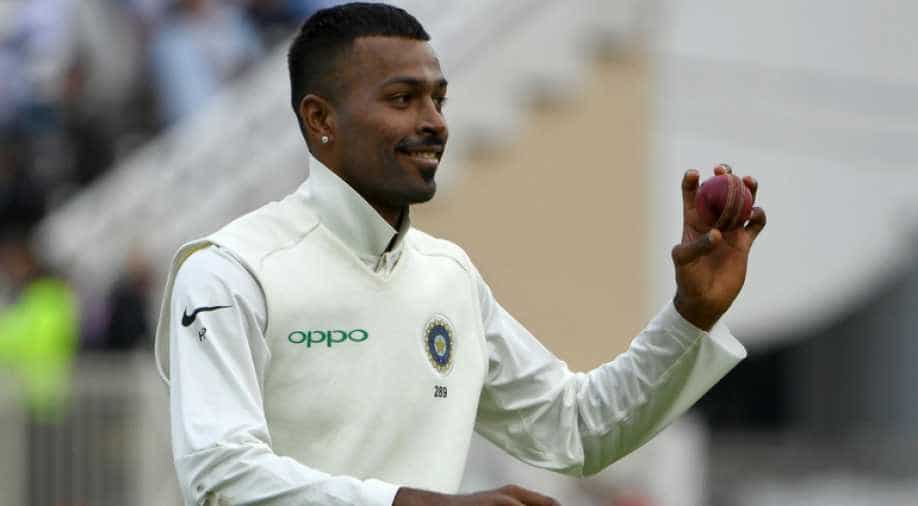 Baroda captain Kedar Devdhar Monday informed that Pandya will be unavailable for the team's next Ranji Trophy game.

Baroda captain Kedar Devdhar Monday informed that all-rounder Hardik Pandya is all set to go to Australia and will be unavailable for the team's next Ranji Trophy game.

Hardik, who has sustained a back injury during the Asia Cup in September, returned to competitive cricket by featuring in the Ranji Trophy game against Mumbai at the Wankhede Stadium here, which ended in a tame draw.

Pandya senior shone with both the bat and ball, grabbing a five-wicket haul in the first innings (5-81) and two wickets (2-21) in the second essay, bowling 10 overs.

Hardik also made a patient 73 off 137 balls, but could not ensure first-innings lead for his home team.

"Hardik (Pandya) is going to Australia," Devdhar told reporters after the Baroda-Mumbai Ranji Trophy game when asked about's Hardik's status for the next game.

Baroda take on Railways in their next Ranji Trophy game from December 30.

Asked whether Hardik has informed Baroda, Devdhar replied by saying, "He isn't available for the next match."

Asked about the impact of Hardik in the drawn game, Devdhar said, "Performances wise Hardik has done better. Our two batsmen also played well. In bowling, Hardik has picked two wickets at the start in the second innings and also grabbed five wickets. Obviously, we were going to be helped by him in batting."

However, there is no official confirmation from the BCCI yet on Hardik travelling Down Under.