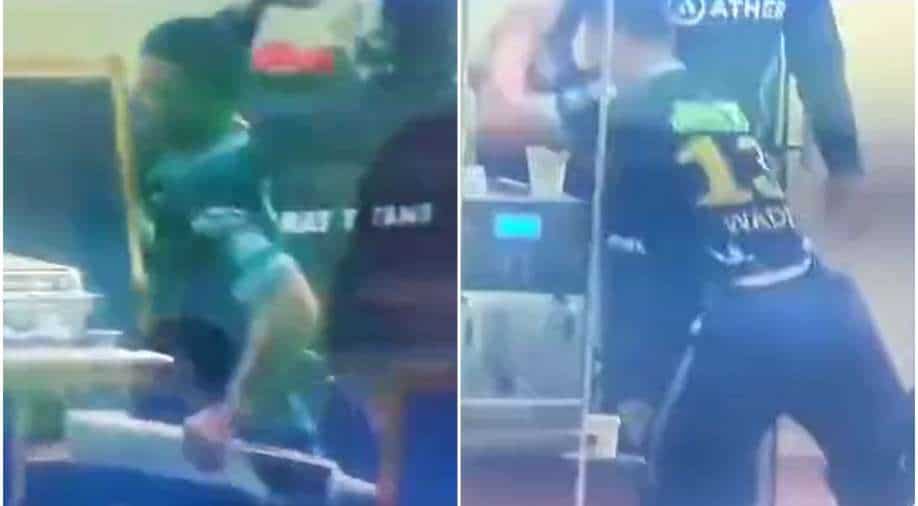 GT vs RCB: In match 67 of IPL 2022, Matthew Wade didn't shy away from showing his emotions after a controversial dismissal at the Wankhede Stadium, Mumbai. Here's the video -

The first half of match 67 of the IPL 2022 edition between the Gujarat Titans (GT) and the Royal Challengers Bangalore (RCB) saw a huge controversy when Aussie left-hander Matthew Wade was given out in a debatable manner. The swashbuckling left-hander hasn't had a great run in the 15th season and, hence, he was desperato to break the shakles and go big versus the RCB before the playoffs.

Coming out to bat at No. 3, after the dismissal of Shubman Gill, Wade looked in good touch as he got a start and was on 16 off 12 deliveries. However, in the sixth over, Wade went for a sweep off Glenn Maxwell but missed the line of the ball and while it seemed he had got an edge onto the pad, the umpire gave him out. Nonetheless, Wade looked confident and took the decision upstairs which led to a shocker for him.

Interestingly, UltraEdge showed no spike as it passed the bat and the ball tracking showed the ball hitting the middle and off stump. Thus, the decision stayed as Wade was livid and made the long walk back to the pavillion furiously. The 34-year-old vented out his frustation as he entered the dressing room, throwing his helmet and smashing his bat on several occasions. Here's the video:

After his dismissal, Gujarat also lost in-form opener Wriddhiman Saha (31) before skipper Hardik's 47-ball 62* and vice-captain Rashid Khan's 6-ball 19 not out propelled the team total to 168-5. RCB need to win at any cost but still won't have guaranteed a spot in the playoffs as they will have to wait for other results. GT, on the other hand, are assured of a top-spot finish.