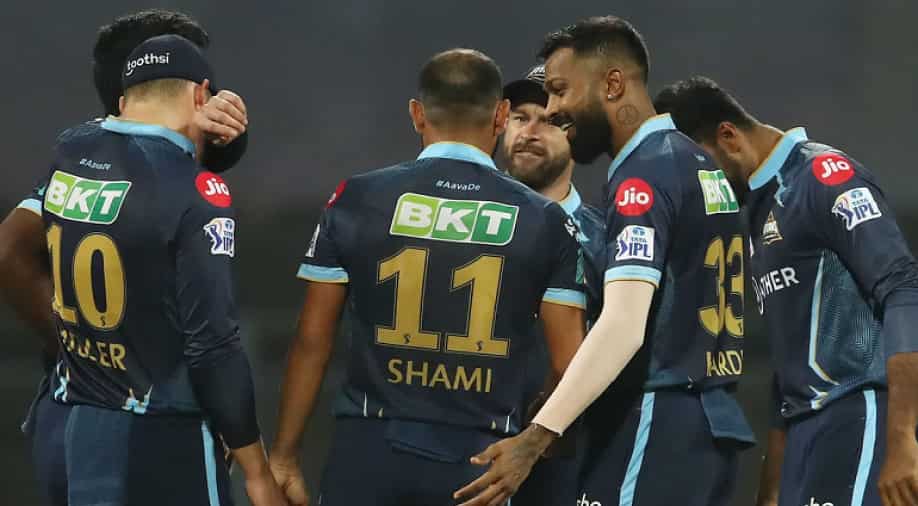 Gujarat Titans will be looking to continue their winning run against Delhi Capitals. | Photo - IPL | Photograph:( Others )

Gujarat Titans will take on Delhi Capitals in their second game of the ongoing IPL 2022 on Saturday. Both teams will be looking to continue their winning run after winning their respective opening matches of the season. Here is our prediction for the game.

Delhi Capitals (DC) and Gujarat Titans (GT) will be looking to continue their winning run in Indian Premier League (IPL) 2022 when they lock horns against each other at the MCA Stadium in Pune on Saturday (April 2nd). Both teams won their respective opening matches of the season.

While Delhi Capitals defeated Mumbai Indians (MI) by four wickets after successfully chasing down the target of 178 runs with ten balls to spare, Gujarat Titans rode on Rahul Tewatia's heroics to chase down the target of 159 runs against Lucknow Super Giants and register their first win of the season.

Delhi's batting line-up struggled against the Mumbai Indians despite the MI bowlers having an off day. The likes of Rishabh Pant and Tim Seifert will have to step up against Gujarat Titans, who have a brilliant bowling attack consisting of the likes of in-form Mohammed Shami, Lockie Ferguson and Rashid Khan among others.

Delhi Capitals' bowlers will also fancy their chances against the Gujarat Titans, who have a pretty thin batting line-up with a top-order that is yet to fire. The likes of Shubman Gill and Matthew Wade will have to produce an improved show with the willow against DC bowlers on Saturday.

Kuldeep Yadav was the hero with the ball for DC in their last outing against Mumbai Indians. The leg-spinner picked up a three-wicket haul while conceding only 18 runs off his four overs. Khaleel Ahmed was also effective with 2/27 off his four overs and will look to continue his fine form against Gujarat on Saturday.

For Gujarat Titans, Rashid Khan's performance will hold the key against the likes of Pant, Shaw and Siefert. Rashid managed only one wicket against Lucknow but was economical as he conceded only 27 runs off his four overs. The ace spinner will be looking to be among the wickets against DC this time around.

Delhi Capitals will be riding high on confidence after defeating Lucknow Super Giants in their first game. Their bowling attack spearheaded by Mohammed Shami has been breathing fire and the Hardik Pandy-led side is likely to edge out DC in tonight's encounter.