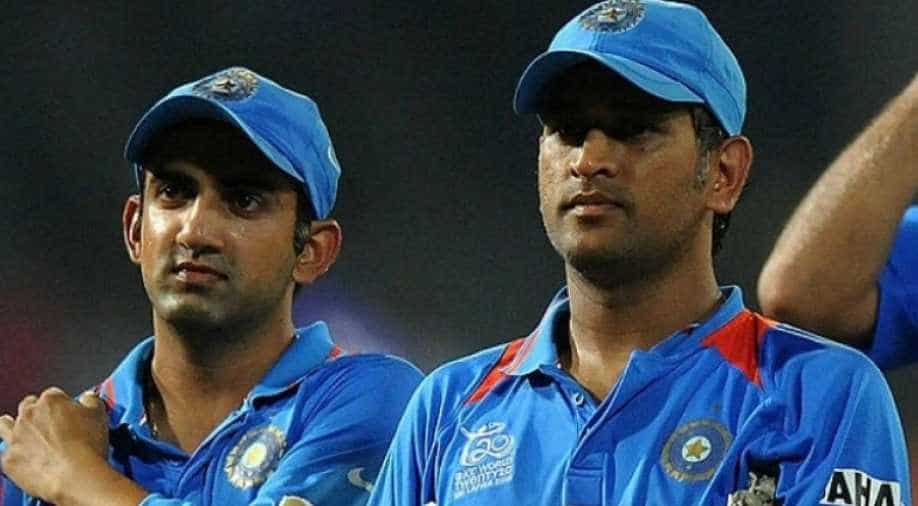 Former India opener Gautam Gambhir was left fuming with the obsession over that MS Dhoni six in the final of ICC World Cup 2011 and took to Twitter to express his opinion on it.

It has been nine years since India successfully lifted the ICC World Cup 2011 to put an end to a 28-year wait for all the fans. While fans and former players look back to the glorious campaign by the Men in Blue, several iconic moments and performances pop up in the mind. However, former India opener-turned BJP MP – Gautam Gambhir – was left fuming on Thursday with an obsession over MS Dhoni’s final six in the summit clash of the 2011 World Cup against Sri Lanka, which was also the final runs for India in the quadrennial event.

While fans and other social media handles relived the moment by posting Dhoni’s photograph, Gambhir was irked by the obsession for that six and took to Twitter to express his opinion regarding it.

Just a reminder @ESPNcricinfo: #worldcup2011 was won by entire India, entire Indian team & all support staff. High time you hit your obsession for a SIX. pic.twitter.com/WPRPQdfJrV

However, it was Gautam Gambhir’s gritty knock of 97 and Virat Kohli’s crucial 35 which bought the Men in Blue back into the game.
Skipper Dhoni promoted himself to number five, ahead of the in-form Yuvraj Singh, and hammered a 79-ball 91 not-out to help India cross that winning line. However, Dhoni’s final six has remained etched into the minds of fans and experts as it was winning run for India in the tournament.

But it doesn’t take away the fact that Gambhir’s knock of 97 was one of the most crucial innings in the history of Indian cricket and the fans still remember his contribution to Indian cricket, especially in the entire 2011 World Cup, where he ended up as sixth highest run-scorer with as many as 393 runs in nine matches at an average of 43.66.