From Hardik Pandya to Ravindra Jadeja: How new captains fared in IPL 2022? 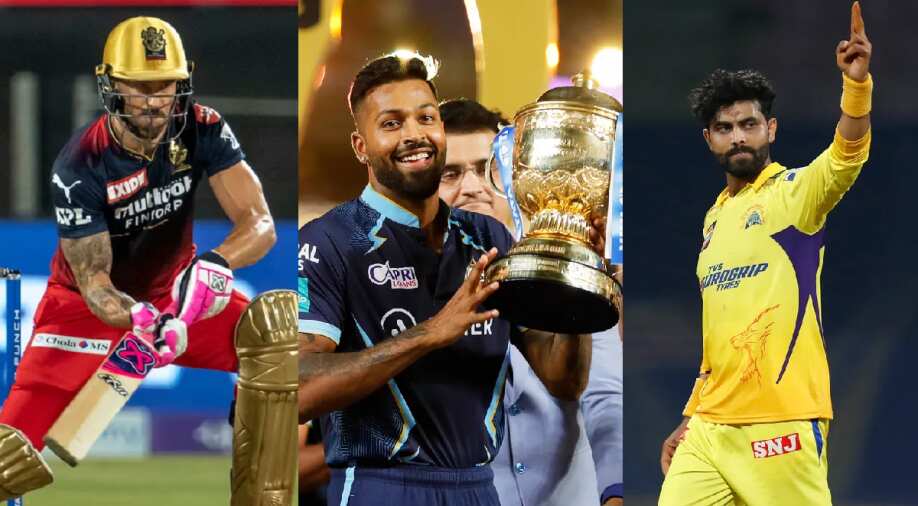 Four new captains led their respective teams for the first time in the recently-concluded Indian Premier League (IPL) 2022. Here is a look at how the new skippers fared in the season.

The 15th edition of the Indian Premier League (IPL) concluded with a fitting final between two of the most deserving sides of the season. Gujarat Titans (GT) got the better of Rajasthan Royals (RR) to cap off an incredible debut season by lifting their maiden IPL trophy. It was a fairytale run for the Titans, who had saved their best for the last and came up with a clinical performance in the final to clinch the elusive trophy for the first time.

Hardik Pandya received the prestigious trophy after a magnificent tournament for the Titans. The star all-rounder was leading a team for the first time in his IPL career and showcased exceptional leadership qualities to prove why he can be one of the strong contenders for Team India's captaincy going forward.

It was a memorable season for Hardik and his men, who proved the naysayers wrong with some terrific cricket throughout the tournament. Debunking the myth that the trophy is won at the auction table, Gujarat Titans, who not many had given a chance after the mega auction earlier this year, got the best out of their players and had to wait for lesser than many for their first title.

While Hardik had a phenomenal debut campaign as captain of the Gujarat Titans, not all new captains managed to impress with their leadership in IPL 2022. There were a total of four new captains, who were leading a side for the first time in their IPL careers this year and all four had contrasting journeys.

While Hardik was roped in as their captain by the Titans, Royal Challengers Bangalore replaced the mighty Virat Kohli with a cool and calm head in Faf du Plessis. Mayank Agarwal took over the reins at Punjab Kings after KL Rahul's departure and it was Ravindra Jadeja, who was in charge of the Chennai Super Kings after MS Dhoni pulled off yet another surprise to step down from captaincy ahead of the season only to make a comeback later.

Here is a look at how the four new captains fared in IPL 2022: 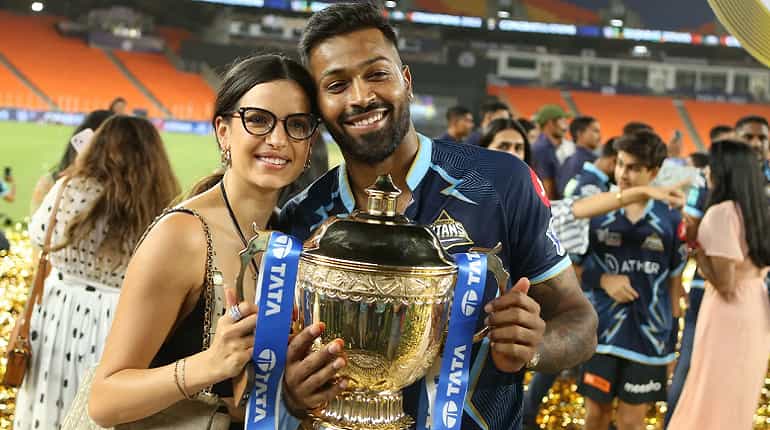 The most impressive of the lot was unarguable Hardik Pandya, who proved many wrong with display some brilliant leadership qualities throughout the season. After being released by Mumbai Indians, Hardik was appointed as captain by debutants Gujarat Titans, with many questioning the decision to hand over the reins to the star all-rounder, who had dealt with injury issues over the past couple of years and had not contributed much with the ball either.

Hardik led from the front as the season began and promoted himself up the order to take more responsibility with the bat. While he didn't bowl regularly, he always stepped up when his team needed him with the ball and picked up wickets at crucial junctures. Besides being an inspiring leader, he always let his game do the talking on the pitch.

Hardik finished as the highest run-getter for the Titans with 487 runs in 15 matches and also picked up 8 wickets. He delivered a match-winning all-round performance in the final against the Rajasthan Royals to power his side to their maiden title with 3 wickets and 34 runs. Hardik became only the third captain in IPL history to bag the Man of the Match award in an IPL final. 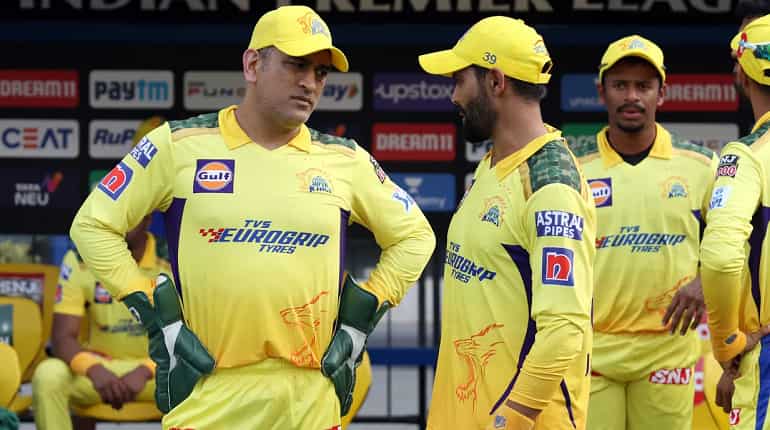 Expectations were not too high from Ravindra Jadeja after he surprisingly took over from MS Dhoni as the captain of the Chennai Super Kings ahead of IPL 2022. While there were indications that CSK might groom a successor for Dhoni under him this season, not many had expected the legendary wicket-keeper batter to give up captaincy and not lead the team at all this season.

As it turned out, Dhoni managed to spring a surprise once again for his fans by handing over the charge to Jadeja. CSK got off to a torrid start and were expected to bounce back but they ended up losing their first four games in a row before bagging their first win against RCB in their fifth game of the season.

Jadeja looked far from a leader on the field and was finding it difficult to marshal his troops initially. His bowling changes were being found out and the absence of key players due to injuries was not helping his cause. The pressure got the better of the formidable all-rounder taking a toll on his personal game.

He was failing to deliver with the bat and wickets too had dried up. If that was not enough, Jadeja also made costly errors on the field. Before it could have gotten worse, Jadeja decided to step down and hand back the reins to Dhoni after six losses and just two wins in their first eight matches. Safe to say, it was far from a perfect captaincy stint for Jadeja and was a short-lived one which ended with just a couple of wins in 8 games. 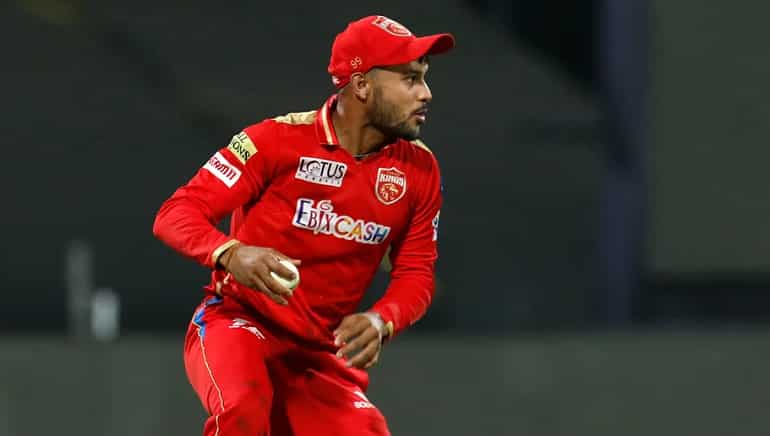 Punjab Kings found themselves without a leader of the pack yet again ahead of the start of IPL 2022 after KL Rahul decided to part ways with the franchise. Punjab Kings had invested in Rahul back in 2018 with an aim to groom their future leader in him but his exit left the franchise seeking a captain once again in the mega auction.

While they bought some experienced campaigners in Shikhar Dhawan, Kagiso Rabada and Jonny Bairstow, Punjab Kings showed their faith in Mayank Agarwal for the leadership role. Mayank had been part of the franchise for a while now and had also got significant experience at the international and domestic levels.

However, he couldn't impress much in his debut stint as captain and had an average run with the franchise. Punjab Kings remained inconsistent throughout the tournament and failed to win two matches on the trot even once. They came close but failed to qualify for the playoffs with 14 points from 14 games.

Their approach with the bat was lauded by many as they played some aggressive cricket and showed the right intent but their bowlers failed to compliment the batters at times in what was yet another season of ups and downs for the Anil Kumble-coached side. 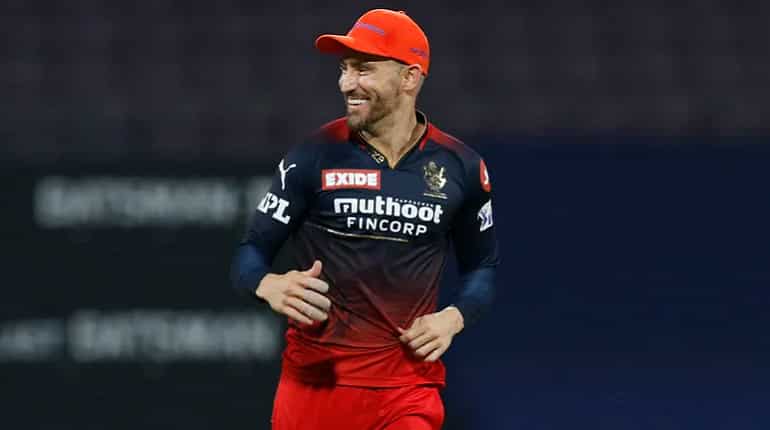 There was immense excitement surrounding Faf du Plessis' appointment as the captain of the Royal Challengers Bangalore ahead of the start of the season. Du Plessis had replaced Virat Kohli, a bonafide superstar who had led the team to back-to-back playoffs in the last two seasons but failed to get them over the line.

With Du Plessis' arrival, it seemed RCB might go on to crack the IPL-winning code in the 2022 season and it did see to unfold as the season began. RCB were a much better unit under the former CSK man, who had been part of several IPL-winning squads with the Yellow Army.

Du Plessis had the pedigree of a leader who could inspire RCB to their maiden IPL title and he did take them to the playoffs for the third season in a row. However, the team faltered again on the big stage and was knocked out of the playoffs.

However, there were a lot of positives from RCB's campaign as they saw the rise of some of the youngsters like Rajat Patidar and Mahipal Lomror while the likes of Harshal Patel and Wanindu Hasaranga dazzled with the ball. A lot of the current players in RCB will only get better in the years to come and they might go on to achieve something special if they continue working hard.