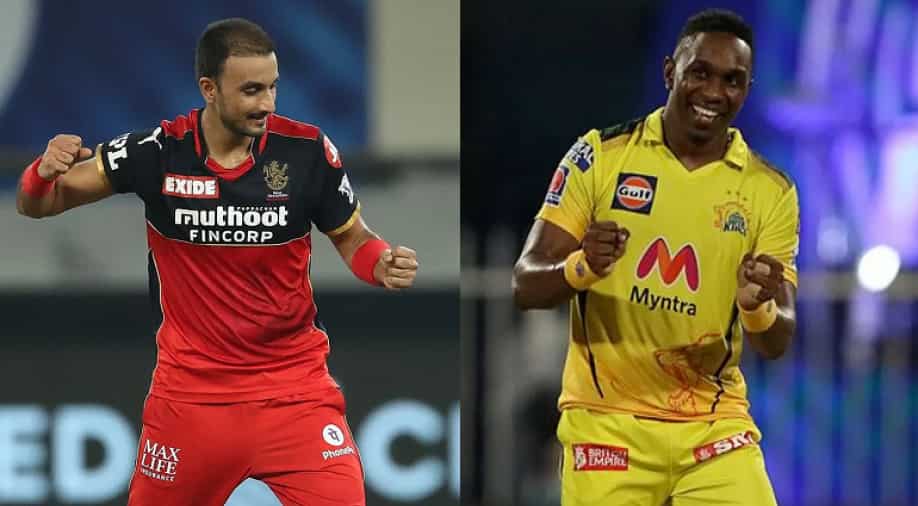 Dwayne Bravo and Harshal Patel share the record for most wickets in a single season. | Photo - IPL | Photograph:( Others )

RCB pacer Harshal Patel won the Purple Cap for his brilliant show in IPL 2021 as he finished with 32 wickets to his name. Here is a look at all the Purple Cap winners in IPL history.

Chennai Super Kings (CSK) got the better of Kolkata Knight Riders (KKR) in the final of the Indian Premier League (IPL) 2021 on Friday (October 15) as the tournament came to a fitting conclusion. IPL 2021 saw a number of youngsters shine on the biggest stage once again as they went on to impress for their respective sides.

While there were youngsters who made a name for themselves with their talent and skills, some old warhorses continued to be instrumental in the success of their sides. There were a number of stand-out performers in IPL 2021 which was a unique season with the league being played across two different phases in two different venues.

Royal Challengers Bangalore (RCB) pacer Harshal Patel emerged as one of the best performers this season as he took the season by storm with his heroics with the ball. Harshal, who was traded to RCB from Delhi Capitals ahead of the start of IPL 2021, went on to bag the Purple Cap for taking the highest number of wickets in the season.

Patel scalped an impressive 32 wickets in 15 matches this season including a hat-trick against Mumbai Indians. He bowled at an economy of 8.14 and an average of 14.34 to play an instrumental role in helping Virat Kohli & Co. make it to the playoffs in successive seasons.

He also equalled CSK all-rounder Dwayne Bravo's record for most wickets by any bowler in a single season of IPL. Bravo, who has won the Purple Cap twice, picked up 32 wickets in the 2013 season. With his Purple Cap win, Harshal joined an elite list of bowlers who have been the highest wicket-takers in the IPL in previous seasons including the likes of Lasith Malinga, Bhuvneshwar Kumar and Kagiso Rabada among others.

Here is a look at all Purple Cap winners since IPL 2008:

Bravo and Patel share the record for most wickets by any bowler in a single season of IPL with 32 wickets apiece in their best seasons. While the RCB speedster finished with 32 wickets in IPL 2021, Bravo picked up 14 wickets in eleven matches that he played for CSK.