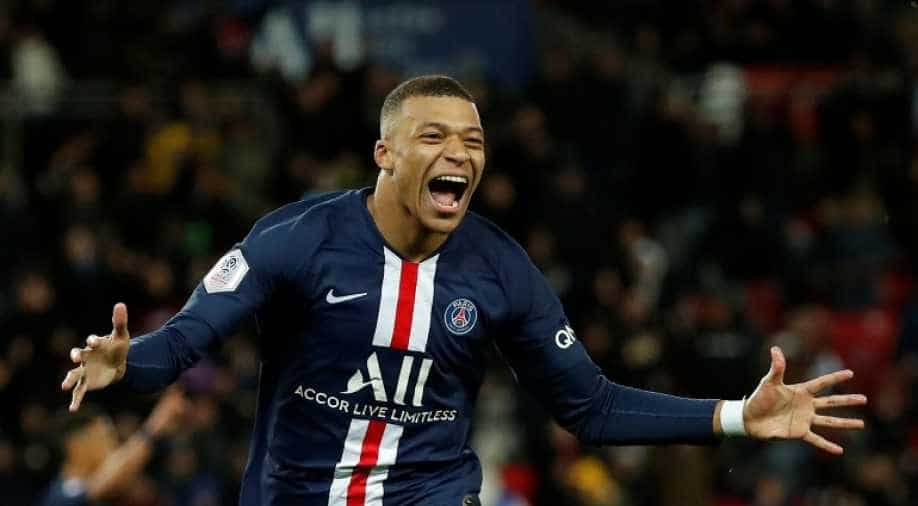 Mbappe scored 84 league goals for PSG and 16 for Monaco.

French star Kylian Mbappe has become the youngest player to smash 100 goals in Ligue 1. The 22-year-old achieved this feat after scoring a brace against Olympique Lyonnais in a 4-2 win on Sunday.

Kylian Mbappe has been in sublime form this season. The French striker has scored 20 goals in this season (Ligue 1) for Paris Saint Germain with just 25 appearances.

With 84 league goals for PSG and 16 for Monaco, Mbappe is the youngest player to reach the 100-goal milestone in the French top division after Herve Revelli, with St Etienne, in 1969.

"When I scored the (team's) fourth goal, the first thing I thought about was the fifth," said Mbappe.

"It's an important milestone in my career but I'm still very young and I can improve."

"It was a good day to score my 100th goal in Ligue 1," he said. "I knew I was two goals short. After I gave [Nantes striker] Randal Kolo Muani a goal last week, I had to make up for it!

"It's another stage in my career, another step towards history."

However, the French star was taken off between the match after sustaining a minor muscle injury. He was substituted with Neymar, who made his return after six-weeks due to injury.