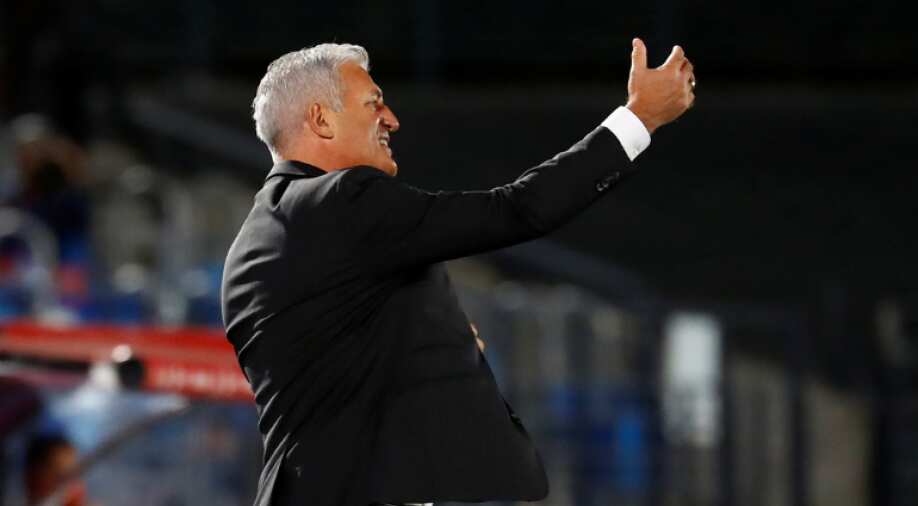 Switzerland coach Vladimir Petkovic is confident he will have a fully fit squad to choose from when he settles on his final 26-man list for the European Championship.

Switzerland coach Vladimir Petkovic is confident he will have a fully fit squad to choose from when he settles on his final 26-man list for the European Championship on June 1.

Only Eintracht Frankfurt midfielder Djibril Sow was struggling with a slight injury ahead of the start of the team’s preparations in Bad Ragaz next Wednesday.

“It isn’t a major problem,” said the coach at a news conference on Friday.

Key midfielder Granit Xhaka missed two games for Arsenal with a groin strain this month but returned as a substitute in Wednesday’s 3-1 win at Crystal Palace in a boost for the Swiss.

“He's in a good condition. The two-week break was good for him, even if you can never be happy about an injury. But Granit will come to us fully fit,” Petkovic said.

Petkovic named 29 players in a preliminary squad on Wednesday and intends to wait until the day of the deadline to submit his final selection when he will have to cut three players.

He called up three uncapped players among the 29 -- Gregor Kobel (Stuttgart), Dan Ndoye (Nice), and Andi Zeqiri (Brighton) -- and said they all had a chance to win a place in the final selection.

“These young players can get coaches in trouble - if they do their job well. I want to give new players the opportunity to gain experience," said Petkovic.

Before the last European Championship in France five years ago, he also chose a handful of youngsters to train with the squad in the build-up and was so impressed with the attitude of the then-teenage Nico Elvedi and Denis Zakaria, that he included them in the final squad list.

“It is important that everyone is ready for the first game and gives 120 percent. Then we just want to stay in the tournament as long as possible,” the coach added, admitting that missing out on the last 16 would be a disappointment.

Switzerland faces Group A games against Wales, Italy, and Turkey.

“We want to try to dominate and win - regardless of the opponent,” Petkovic said.

Their first game is against Wales in Baku on June 12.