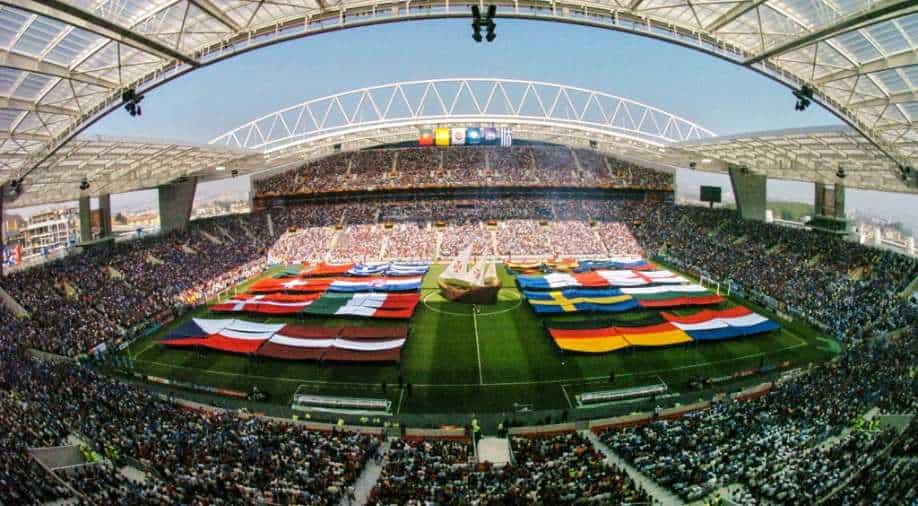 Eight British police officers specialised in dealing with football fans are in Portugal and will work with Portuguese police to help ensure public order.

Portuguese authorities have relaxed COVID-19 safety rules for thousands of English fans coming to Porto for Saturday's Champions League final, no longer requiring them to stay in bubbles and lifting restrictions on movement.

"The borders are open. The city and the country are opening up little by little. Within what is possible, freedom (of movement) will not be conditioned," Porto police Superintendent Cardoso da Silva told a news briefing on Thursday.

"There are no restrictions of movement for fans."

However, with only two days to go until match day, Silva said the contingency plan in place was under constant re-evaluation and could still undergo some alterations.

A police source told Reuters Portuguese authorities did not have enough time to fully prepare for the final as UEFA only announced it would move the event to Porto from Istanbul around two weeks ago.

Eight British police officers specialised in dealing with football fans are in Portugal and will work with Portuguese police to help ensure public order.

There will be a "robust" police presence around the stadium and the city, Silva said, though he did not specify how many officers have been mobilised to patrol the streets.

London Metropolitan Police Superintendent Lysander Strong, who is in Portugal to coordinate the operation between the two forces, said the two clubs had sent recommendations to fans to follow social distancing rules and wear a mask.

Since May 17, British visitors have been allowed into Portugal with proof of a negative PCR test result.

Silva said that around 80 charter flights with English soccer fans were expected to land on Saturday for the clash between Manchester City and Chelsea. Around 180 buses will take fans to the stadium.

Under rules previously announced by the Portuguese government, passengers were to fly back within 24 hours. But police spokesman Marco Almeida said that now they can stay longer if they choose not to take scheduled return flights.