Football: 'If I say anything it will cause chaos': Gareth Bale on his future 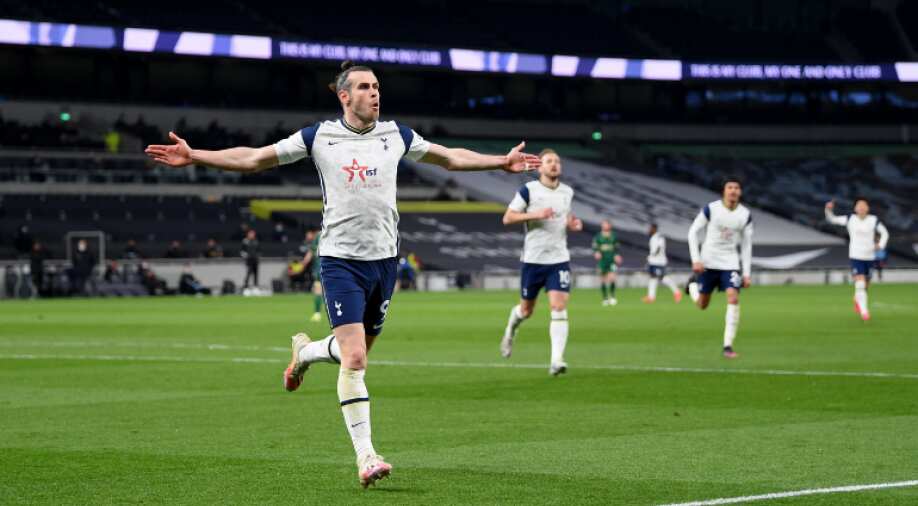 Having recently completed a year-long loan spell with his previous club Tottenham Hotspur, Real Madrid forward Gareth Bale has vetoed to uncover his future plans, guaranteeing it would prompt 'chaos'.

Having recently completed a year-long loan spell with his previous club Tottenham Hotspur, Real Madrid forward Gareth Bale has vetoed to uncover his future plans, guaranteeing it would prompt 'chaos'.

Gareth Bale was conveyed on a year-long loan to Tottenham Hotspur subsequent to dropping out of the Real Madrid hierarchy. In what was his second stretch with the North London-based club, he scored 16 goals across competitions.

Gareth Bale scored twice in the Spurs' last round of the Premier League season against Leicester City. After the match, he was asked about whether he will move back to Real Madrid or broaden his visit with Tottenham. In answer, he said:

“I know what I am doing. But it will just cause chaos if I say anything.”

Recently, Gareth Bale's representative Jonathan Barnett disclosed to Sky Sports News' Inside Football that the Bale had a 'tough ride' at Tottenham upon his appearance from Real Madrid. He added that it was solely after recuperating from wounds and being restored to his favored position that Bale began getting it done.

"Nothing has been discussed at the moment. He had a tough ride and I don't think that should have been necessary. He came as one of the best players in the world. Sure, he had a few injuries and a few fitness problems but once they were over, all he needed was to be played in the right position and to be played constantly to get back into the rhythm. He has been given that opportunity and you can see how he plays. I think with Gareth, like a lot of players, he has to enjoy his life, and then you do well" - he said.

"Gareth Bale’s future will be decided in the next weeks, meeting already scheduled with his agent Jonathan Barnett."The final decision will be made once Real Madrid and Tottenham will clarify their manager's situation. Real are looking to sell many players this summer," Fabrizio Romano posted after the final round of Premier League matches on Sunday, May 23.