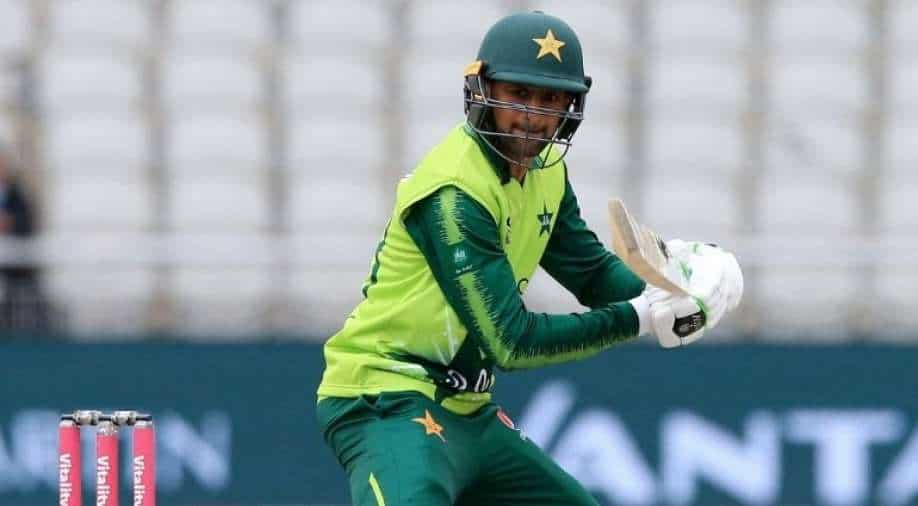 Malik was part of the Pakistan squad that won the coveted trophy in 2009 and before that, he captained the team in the inaugural event in 2007 edition

Former Pakistan captain Shoaib Malik has been recalled to the squad for the upcoming T20 World Cup, which is set to begin from October 17, the Pakistan Cricket Board (PCB) said in a statement on Saturday (October 9).

The 39-year-old will make his sixth appearance at the Twenty20 World Cup as he has replaced injured middle-order batsman Sohaib Maqsood, who was ruled out of the showpiece tournament after suffering a lower back injury in a domestic match earlier this year.

"Sohaib is devastated to miss out on the ICC Men’s T20 World Cup as he had worked hard for this event and was in sparkling form. We feel for him but injuries are part and parcel of the sport," said Pakistan's chief selector Muhammad Wasim.

"I am sure after undergoing rehabilitation, he'll fully recover to be available for future assignments," he added.

"In his place and following discussions with the team management, we have decided to include Shoaib Malik in the side. I am sure Shoaib’s experience will be handy for the entire squad," he added.

ALSO READ | He hasn't bowled a single ball yet: Rohit Sharma opens up on Hardik Pandya's potential return with the ball

Malik was part of the Pakistan squad that won the coveted trophy in 2009 and before that, he captained the team in the inaugural event in 2007 edition. The all-rounder missed the 2010 World Cup in the West Indies but featured in the last three editions.

The Pakistan squad will depart for Dubai on October 15 and will play warm-up matches against West Indies and South Africa before beginning their campaign with a blockbuster clash with arch-rivals India on October 24 in Dubai.