He hasn't bowled a single ball yet: Rohit Sharma opens up on Hardik Pandya's potential return with the ball 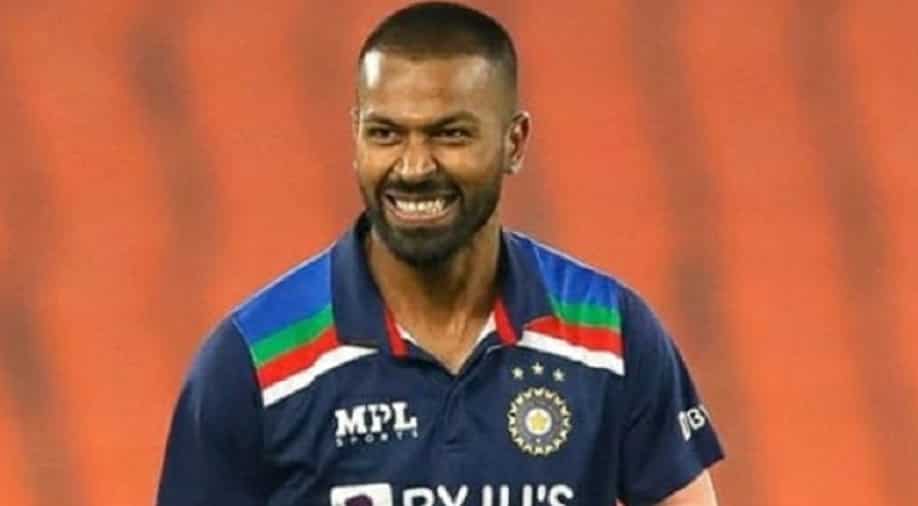 Mumbai Indians skipper Rohit Sharma shed light on all-rounder Hardik Pandya's fitness saying that "he hasn't bowled a single ball yet", raising doubts on whether he would retain his place in the Indian squad for the ICC T20 World Cup beginning in a week's time.

Pandya batted against Sunrisers Hyderabad on Friday, scoring 10 runs off eight deliveries before he was sent packing by Jason Holder. The all-rounder did strike an unbeaten 30-ball 40 in Mumbai Indians' six-wicket win over Punjab Kings on September 28 to break the five-time champions` losing streak, but it's his bowling fitness which is causing concern ahead of the mega-event.

"Look, in terms of his bowling, he hasn't bowled yet. So the physios, trainer and the medical team are working on his bowling. As of now, all I know is that he hasn't bowled a single ball yet but we wanted to take one game at a time and see where he stands. You saw he didn't bowl today (Friday against SRH) as well, but he is getting better day by day. So, in the next week or so he might be able to bowl," said Sharma in the post-match press conference.

"The doctor, physio will be able to give an update on that. As far as his batting is concerned, he will be a little disappointed but we know the quality of him. He is a quality player and there is no doubt about that and he has come back from tough situations before as well. Personally, for him he will not be happy with his batting but again the team has confidence in his ability. I personally have confidence in his ability. So yes, he is progressing.

"When you look at him, he is getting better every time he goes on to the field. He looks better and better. But again, a player like him is probably just one innings away from getting back and getting back to his own natural way. We have seen it in the past. He has done it before as well. If I have to put everything together, I am personally very confident of his ability. We have seen it in the past and there is no doubt that he will be a valuable asset."

India have already named their squad for the T20 World Cup, which begins on October 17. While announcing the squad, chairman of selectors Chetan Sharma had said Pandya was fully fit and he would be able to bowl his quota of overs at the World Cup.

Ever since his back surgery, Hardik has been given the freedom to choose which match he wants to bowl in. The underlying reason is usually that his workload needs to be managed.

'Maybe I am not that famous': When a newspaper got Rahul Dravid's name wrong after his century