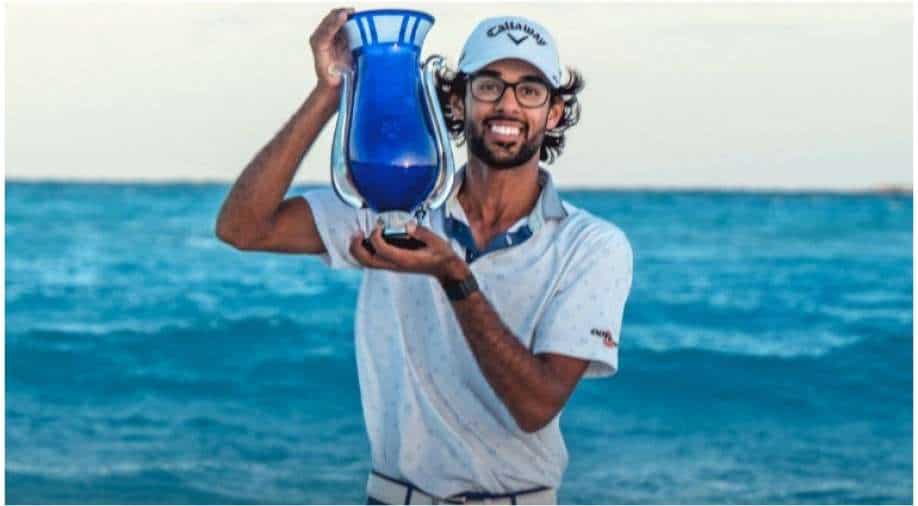 Akshay Bhatia became only the third-youngest (after Australia's Jason Day and Korea's Sungjae IM) to win on the Korn Ferry Tour. In an exclusive interaction, the 19-year-old shed light on his latest victory and the influence of Phil Mickelson in his career so far:

Young Indian origin golfer Akshay Bhatia made heads turn when he clinched The Bahamas Great Exuma Classic on the Korn Ferry Tour at Sandals Emerald Bay in January 2022. The 19-year-old teenager became only the third-youngest (after Australia's Jason Day and Korea's Sungjae IM) to win on the Korn Ferry Tour.

Akshay, whose family originally belongs to New Delhi, India made his professional debut at the 2019 Sanderson Farms Championship in Jackson, Mississippi. Since then, his rise up the ladder has been evident and the youngster recently sat down for an exclusive interaction with WION's Sports Editor Digvijay Singh Deo where he dwelled on his journey so far, decision to forego college education and his mentor fellow left-hander and the great, Phil Mickelson.

Sharing thoughts on his Korn Ferry Tour win, Akshay opined, "Yeah. I think the journey has played a big part in the lead-up to that win. I struggled for a long time but I was also playing against the best players in the world. I had three-four opportunities to be on the PGA Tour last season but it just wasn't my time yet. I had to keep learning. But I've enjoyed it and this is my first Korn Ferry Tour. To kick off with a victory, it is a great start to the year. Playing with a lot of PGA Tour winners has been great. Being one of the youngest players to be on the tour, it is just amazing."

Akshay shared his thoughts on the big decision of dropping out from college and turning into a professional at such a young age. He feels the gamble has paid off but there is always a chance to go back and complete his education if the opportunity arises. He lauded his family's support and said, "What I've learned from my parents is to be very family-oriented. It wasn't just my own discussion. It was a family discussion. I did a lot of things that some junior or ammeter golfers never did. For me, turning pro was to get my masters degree on the golf course. That's my college. My mom wanted me to go to school. Education is super important for me but it was just a little different for me. I was always ahead of the pack so I was ready to do it (turn professional). They supported me. It is something I'll never regret (forgoing education) and if I have time, I can always go back to school and get a degree."

Not many get someone of the stature of Mickelson -- winner of 45 events on the PGA Tour, including six major championships: three Masters titles (2004, 2006, 2010), two PGA Championships (2005, 2021) and one Open Championship -- to mentor them at such a young age. Akshay feels he is truly blessed to be around his company and emphasised how big a role the 51-year-old has played in his career so far. "It is a dream to be able to spend time with him. He has been really gracious with his time. He has helped me a lot. He has a lot of belief in me. He maybe sees a bit of himself in me (also winning as an ammeter). Amazing to have a mentor like that. He won a major last year. He knows what feelings you get at the biggest stage. Any time I have to text or call him, he will always respond. I am excited to team up with him on tour in the future."