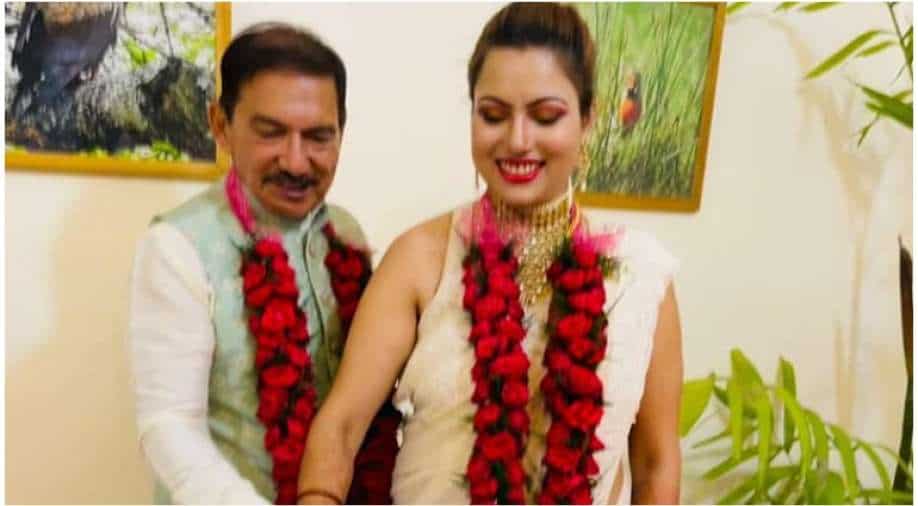 Former Indian cricketer Arun Lal got married to ladylove Bulbul Saha in a private affair in Kolkata. Here are the viral pictures:

Former Indian cricketer Arun Lal has been in the news for all the good reasons. Last month, he got engaged to his love Bulbul Saha and the couple has now tied the knot on Monday (May 2), at Peerless Inn in Kolkata. At 66, Arun got married for the second time and reportedly also took the consent of his first wife Reena.

As per a report in Mid Day, Arun had parted ways with his first wife but still lives with her to take care of her illness. It is believed that Arun-Bulbul will still take care of Reena after their marriage. Inspiring! The former Indian cricketer, a cancer survivor and now the coach of the Bengal cricket team, got married in a private ceremony in the presence of family members and close friends.

Here are the newly-wed couple's pictures:

The above pictures were shared by Bulbul, who captioned them, "Officially Mrs. Lal. Thanks to my family and friends for supporting us."

Talking about Bulbul, she is a teacher by profession. She has become an instant hit as soon as the wedding celebration pictures went viral last month. Punjab-born Arun, who represented India in 16 Tests and 13 ODIs, donned the commentator's hat post-retirement and moved to Bengal before taking up the coaching responsibilities. Under his guidance, Bengal reached the 2020 Ranji Trophy final and have already cemented a spot in the quarter-finals of the 2021/22 season. The knockouts will kick off in June, post the IPL 2022 edition.