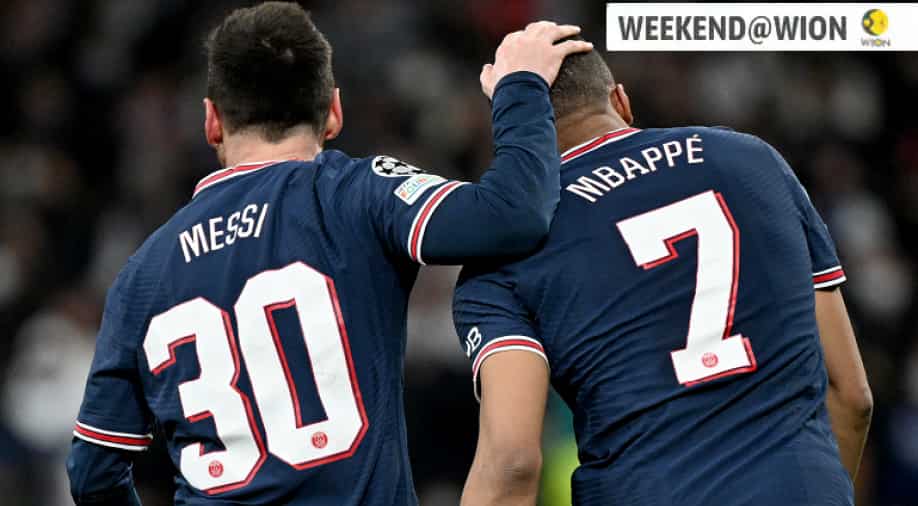 Even Lionel Messi's much-talked-about arrival in Paris failed to inspire PSG to their unfulfilled dream of winning the Champions League as they stumbled once again on the big stage with a crushing loss against Real Madrid.

Paris Saint-Germain (PSG) pulled off one of the biggest transfer heists in the summer last year when they managed to land Lionel Messi on a free from Barcelona. Not many had expected Messi to leave Barcelona in the way that the entire transfer saga unfolded but the Spanish club's dire financial state meant PSG wasted no time in making their move and securing one of the biggest icons the game has ever seen.

While Messi's arrival meant PSG's star-studded squad was further bolstered with remarkable quality, it also turned them into one of the strongest contenders for the Champions League crown this season. With an attack of dreams comprising Messi, Neymar and Kylian Mbappe - PSG became the team to watch out for in Europe this year.

PSG was one of the favourites and at the helm of all the attention which was natural considering Messi's move to the club. However, the Argentine had an underwhelming start to life in Paris as he struggled to hit form in the first few months. With COVID-19 and injuries too hampering his progress, Messi was far from his best for the Ligue 1 giants in his initial few games.

While he did manage to turn a corner and returned to his prolific best in the Champions League with five goals and two assists, Messi failed to come to his side's rescue as PSG were stunned by Real Madrid in the second leg of their Round of 16 tie at the Santiago Bernabeu earlier this week.

PSG stumbled once again in the most dramatic fashion as Karim Benzema netted a stunning hat-trick to secure Real Madrid a berth in the last eight of the tournament while dumping the Messi-starrer PSG out of the competition. PSG looked favourites to make it to the next round having won the first leg 1-0 in Paris and leading by a goal for the first sixty minutes in their second leg meeting against Real at the Bernabeu.

However, what unfolded in the final 30 minutes was nothing less than shocking for PSG loyal as the Ligue 1 giants collapsed in a manner that they only seem to contrive to do when it comes to Champions League knockout matches. Benzema capitalised on glaring errors from the likes of PSG keeper Gianluigi Donnarumma and Neymar to find the back of the net thrice inside just 18 minutes to send PSG crashing.

Almost five years after they were humiliated by Barcelona in the Champions League Round of 16 2nd leg at the Camp Nou in 2017, the haunting memories of the defeat came back to terrorise PSG once again as they slumped in a similar manner despite having Messi on their side this time around. PSG have now been dumped out of the Champions League four out of nine times despite having won their first-leg ties, three of those exits coming in the last six seasons.

After capitulating against Barcelona where they conceded a whopping six goals, PSG were dumped out by Manchester United from the last-16 in 2018-19 despite having won 2-0 at Old Trafford in the first leg. After Barcelona and Manchester United, it was Real Madrid this year who extended the Parisians' wait for a much-coveted maiden Champions League crown.

Even Messi not enough

Following his much-anticipated move from Barcelona, Messi struggled to adapt to French football and was far from effective upfront. While he lifted his record seventh Ballon d'Or last year and also finished second in the FIFA Best Awards, he has not managed to meet the sky-high expectations set for him upon his arrival in Paris.

Despite having shockingly conceded the Ligue 1 title to Lille under Mauricio Pochettinho last season, there are little or no doubts over their credentials when it comes to dominating in the French league. They had claimed seven Ligue 1 titles in a row since the 2012-13 season before their winning streak was broken last year.

However, the club's real ambitions lie elsewhere in the Champions League, where they have struggled to make it past the knockout stages and have more often than not stumbled on the big stage. PSG's largest motivation behind landing Messi last year was the club's desire to bring an end to their long and agonising wait for their first Champions League title.

However, even Messi's arrival seems not enough as PSG's persistent struggles in the Champions League came back to haunt them yet again this year. Despite having some of the most talented and well-paid players in the likes of Neymar, Mbappe, Angel di Maria, Achraf Hakimi and Sergio Ramos among others in their squad, PSG fell short once again in a manner only the Ligue 1 outfit can.

They have a 15-point lead over second-placed Nice in the Ligue 1 so far this season but winning the domestic title is not going to prove enough amid roaring calls from fans over the ouster of club president Nasser Al-Khelaifi from his role immediately after their stunning collapse against Real Madrid.