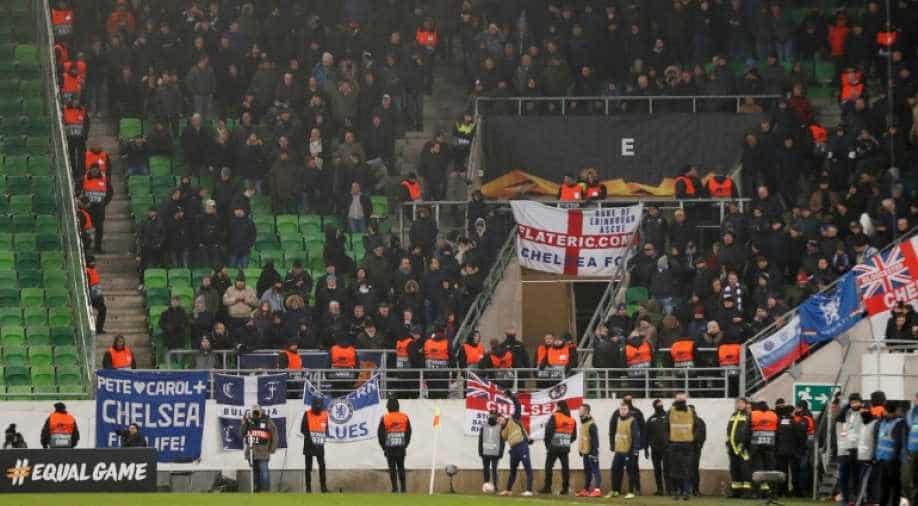 Chelsea said fans found guilty of racism would face the strongest possible action following allegations of anti-Semitic chanting by their supporters during their final Europa League group game against Vidi FC in Budapest on Thursday.

"Anti-Semitism and any other kind of race-related or religious hatred is abhorrent to this club and the overwhelming majority of our fans," the club said in a statement.

"It has no place at Chelsea or in any of our communities. We have stated this loud and clear on many occasions from the owner, the board, coaches and players.

"Any individuals that can't summon the brainpower to comprehend this simple message and are found to have shamed the club by using antisemitic or racist words or actions will face the strongest possible action from the club."

European soccer's governing body UEFA said they would wait to receive their official reports before launching an investigation.

"As is standard procedure, we will be waiting for official reports from the game before deciding if any action/investigation into any alleged misbehaviour should be launched," UEFA said in a statement.

Chelsea progressed to the knockout stage as Group L winners ahead of BATE Borisov in second. Vidi were eliminated after finishing third.