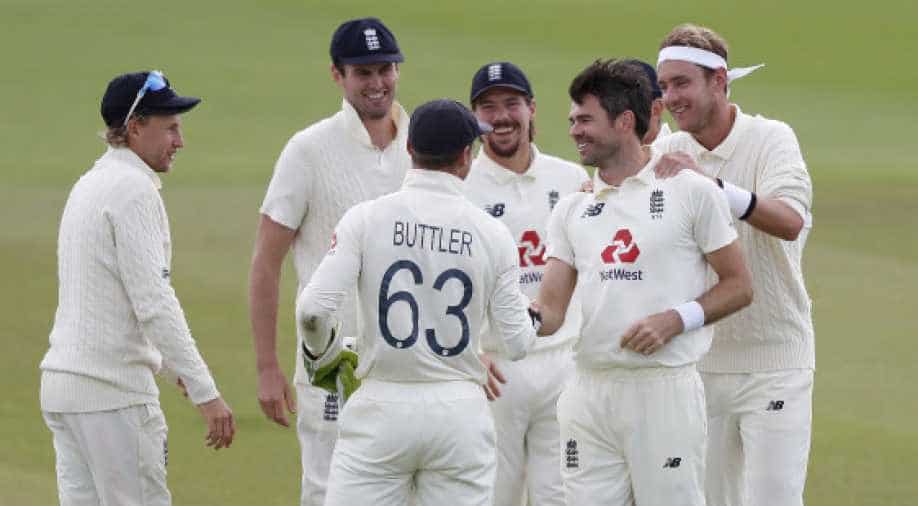 England team to start full-group training from Tuesday as all COVID-19 tests return negative Photograph:( Others )

The England and Wales Cricket Board (ECB) on Wednesday announced a provisional home schedule for the 2021 season with a five-match Test series against India set to headline the English summer.

The England and Wales Cricket Board (ECB) on Wednesday announced a provisional home schedule for the 2021 season with a five-match Test series against India set to headline the English summer.

Besides India, England will also host Sri Lanka and Pakistan for limited-overs matches between June and July before the first Test against India on August 4-8 at the iconic Trent Bridge. The final Test between England and India is scheduled to be held in Manchester from September 10 to September 14.

Earlier in 2020, England became the first side to invite teams after the COVID-19-enforced break and hosted matches in bio-secure bubbles inside closed doors. However, the ECB hopes to host spectators in the stadiums with general sale tickets set to be made available in January.

“Next year we’ve got another big international programme to look forward to, with the thrill of a five-test series against India as the centrepiece,” ECB CEO Tom Harrison said in a statement.

“While COVID means there’s still a great deal of uncertainty, we really hope to be able to welcome fans back into the grounds safely next year to bring that unique atmosphere to stadia across the country.”

Furthermore, the England women’s team has plans of hosting South Africa and New Zealand while the visually impaired team lock horns with Australia in a limited-overs series in August.