England or New Zealand? Shoaib Akhtar reveals which side he is backing in T20 WC's first semi-final 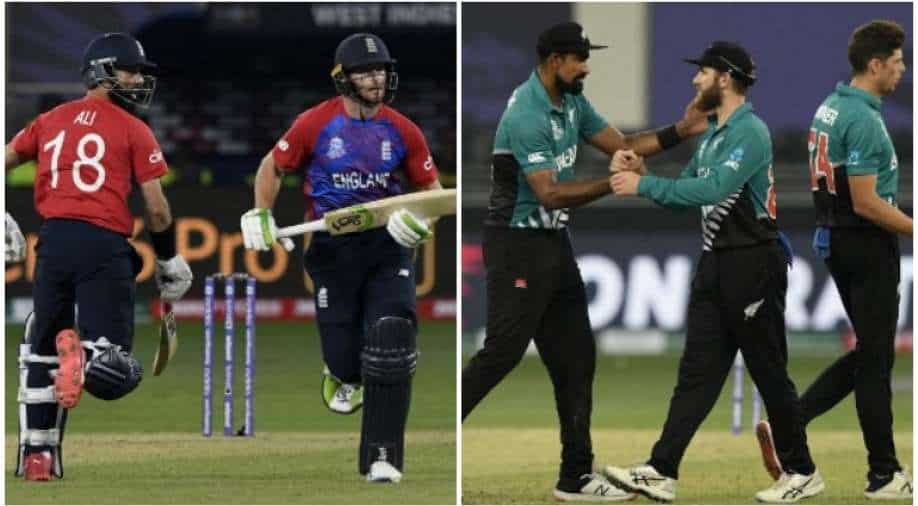 Rawalpindi Express Shoaib Akhtar has revealed which side is he backing in the first semi-final of the T20 World Cup, between England and New Zealand.

England and New Zealand have locked horns with each other in the first semi-final of the T20 World Cup 2021 edition. The two sides have produced some thrilling encounters in the recent past, including the epic 2019 ODI World Cup final at Lord's.

While New Zealand lost the ODI WC final by the barest of margins, on boundary count after a tied Super Over, the Black Caps had also lost the fifth and final T20I, during a bilateral series versus Eoin Morgan & Co. in their own backyard, in late 2019. Hence, the Kiwis will be desperate to get the better of the ODI WC champions this time around in the first semis, at Abu Dhabi on Wednesday evening (November 10).

Ahead of the first semi-final, Rawalpindi Express Shoaib Akhtar has named the side he is backing. In a video released on his official Youtube channel, Akhtar stated that NZ deserve to settle scores versus England and feels 'they deserve another chance in getting into the finals'.

Akhtar told, "Today is the chance for New Zealand to settle the score and take revenge against England. If you ask me, if I want New Zealand to win in the semi-final. And this is the team that can upset England. This Kiwi team will be hurt and want to erase that bad memory against this Eoin Morgan's side."

"Yes, England have Buttler, Bairstow, Morgan, Malan, Livingston and others. But if there's a team who can beat this side... it's New Zealand. The law of averages says that a bad day always haunts a team and England might experience that day today. Let's see that, but if you ask me New Zealand looks to be the favorites."

He added, "Yes, we (Pakistan) have that anger against New Zealand because of canceling their tour with us. After that, we beat them and settled the score against them. But they are the only team who always carry bad luck and reach semi-finals and finals but never cross the border line. So somewhere I feel that New Zealand deserves another chance in getting into the finals."

The second semi-final will see Pakistan take on the Aaron Finch-led Australian side, at Dubai International Cricket Stadium, Dubai on Thursday evening (November 11). The two semi-final winners will square off with each other in the tournament-finale on Sunday (November 14).